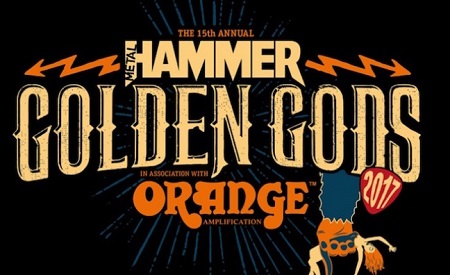 Metal Hammer have announced the return of The Metal Hammer Golden Gods in association with Orange Amplification awards ceremony.

The 15th annual event will take place at IndigO2 at The O2 in London on Monday, June 12, and will be hosted by Fozzy frontman/WWE star Chris Jericho. The ceremony marks the latest stage of the brand’s revival, which started with its February comeback issue being made possible by Future’s acquisition of the Team Rock roster.

Speaking to Music Week, Metal Hammer editor Merlin Alderslade said: “To say we’re excited about bringing back the greatest heavy music awards show on the planet is a big fucking understatement. We have an amazing line-up planned which will be announced shortly, but the important thing is that this will remain true to what the Golden Gods are and always have been: an awards show by metal fans, for metal fans. Let’s party.”

Alderslade has also praised the metal community that rallied around to finanically support the staff of Team Rock titles after it went into administration in December, 2016.

“In December we were told that Metal Hammer may never exist again,” added Alderslade. “What happened in the weeks and months after didn’t just show the power and strength of our scene when we come together, but showed the world that Metal Hammer is a central part of our community and can still make amazing things happen like no other magazine can. We were blown away by the amazing support everyone showed us, and with the magazine now back on shelves and stacked with the best in heavy music every month, we can’t wait to raise a glass to celebrate an amazing story and cement our comeback with a few thousand dear friends.”

The majority of the awards are voted for by fans, but editorial-chosen awards on the night will include Riff Lord presented by Century Media, Defender Of The Faith presented by Orange Amplification, Album Of The Year, Icon, Inspiration, Spirit Of Hammer and The Golden God.

Voting is now underway, and the full list of Metal Hammer Golden Gods nominees can be found below:

Game Of The Year

The Legend Of Zelda: Breath Of The Wild
Overwatch
Mass Effect: Andromeda
Iron Maiden: The Legacy Of The Beast
Resident Evil 7: Biohazard