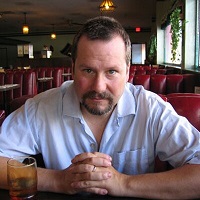 Billy Gould: “To folks in Arizona: Going to be @ the AZ Film Festival promoting RocKabul, as one of the producers, along w/ Qais, who is the subject of this crazy doc. Totally worth checking out.”

RocKabul is a coming of age documentary which deals with youth identity and freedom of expression that existed on the precipitous of the fragile city of Kabul. It shows the strength of the human spirit as Afghanistan’s first and only metal band, District Unknown, reach out to the disenchanted Afghan youth, the expat community and eventually the outside world. However, by challenging this traditional Islamic republic, District Unknown literally put themselves and their fans in the firing line. The grassroots music movement which encouraged the participation of men and women alike ultimately crumbles under the weight of the conservative society that shadows them. Captured by Australian filmmaker, Travis Beard who lived in Kabul for seven years, the film features a side of Afghan life rarely shown in Western media.