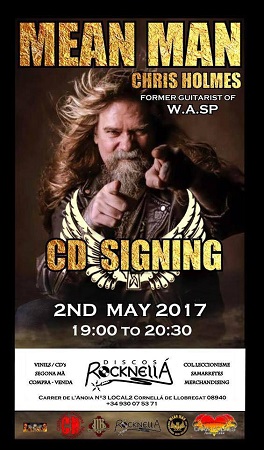 Former W.A.S.P. guitarist Chris Holmes will make an appearance at the music store, Discos Rocknella, in Madrid, Spain on May 2nd, for an in-store signing session. (watch the video below)

In addition to the in-store appearance, Holmes and his group Mean Man are set to play several European dates this month. A list of those dates can also be viewed below: