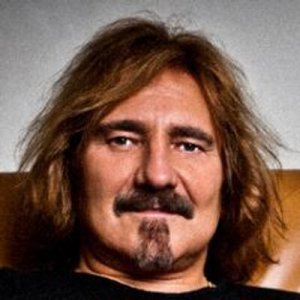 Geezer Butler: Really sad to hear of the passing of Martin Birch. Brilliant producer. Had the pleasure of working with him on the Black Sabbath albums Heaven and Hell and Mob Rules. Condolences to Vera and family. #RIPMartin

A man of many nicknames… and simply one of the greatest people we have ever worked with.https://t.co/ngCVfFKyNS#IronMaiden #MartinBirch #Legend pic.twitter.com/AYXRSHTjTf

So shocked to hear the sad news of Martin Birch’s passing.

Martin was a lovely guy and a great producer – he produced Heaven and Hell and The Mob Rules for Sabbath. He will be deeply missed and my thoughts go out to his family. R.I.P.

Martin Birch, who produced nine consecutive @IronMaiden albums in additon to key records from Deep Purple, Black Sabbath and Whitesnake, has died at the age of 71: https://t.co/NjbyjnnQlX

It is with a very heavy heart I’ve just had verified my very dear friend & producer Martin Birch has passed away…Martin was a huge part of my life…helping me from the first time we met through until Slide It In…Mt thoughts & prayers to his family, friends & fans…💔💔 pic.twitter.com/J4UyDiG9zR

So sad to hear of the passing of my all time Favorite producer Martin Birch. He produced a lot of my fave albums and bands like Deep Purple, Rainbow, Blue Oyster Cult, Iron Maiden and so many more classics. RIP #ripmartinbirch

Goddamn, this is a loss. Martin Birch has a hand in so many rock and metal albums in the 70s and 80s. This isn’t even a complete list of the records he worked on. The man was a beast. https://t.co/gTUx2EiXhl pic.twitter.com/5o1tczzscn

"My thoughts & prayers go out to his wife Vera & his daughter Haley. He was a genius producer & a very dear friend of Ronnie’s. May he RIP"- Wendy Dio pic.twitter.com/9GTqNs36WC

2/ RIP Martin Birch – some of the great albums he made pic.twitter.com/H48cWWL1ff

What a loss. RIP Martin Birch.
To say he was my biggest influence as a record producer would be an understatement. pic.twitter.com/JseecxUhTd

A sad day for the Family of Rock. Martin Birch – the legendary Producer of Deep Purple and many other Great Artists – passed away on Sunday. Our hearts and prayers go out to his Family and Friends. RIP Martin Birch
– Scorpions pic.twitter.com/UFSrUh8zLE

So sorry to hear of Martin Birch passing on. Great producer, great times. Our condolences are with his family. RIP pic.twitter.com/jyptWnx9nc