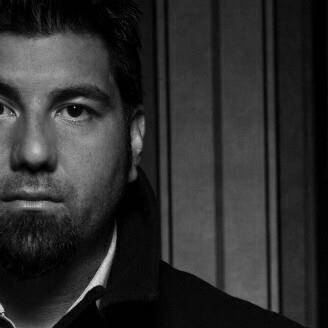 Tape Op recently conducted an interview with Deftones singer Chino Moreno.  A couple of excerpts can be found below.

On working with Terry Date (Mother Love Bone, Soundgarden, Pantera), Moreno said: “We did three and a half records with Terry. When we first got signed in the mid ‘90s, our label [Maverick] asked us who we wanted to produce our debut album. We didn’t know at first; we were just kids from Sacto. I think I was 20 at the time. Stephen [Carpenter] was the one who brought up Terry. He had done a lot of records we liked, especially Pantera, but he also had done Soundgarden and Sir Mix-a-Lot. All the bands he did sounded different. The newest Pantera album at the time [Far Beyond Driven] was heavy as shit and we were into it. But we kind of tied Terry’s hands behind his back on that first album, because we told him, “We don’t want to sound like Pantera.” He was just getting into some of the newer technology at the time, like Pro Tools. He’d just done the White Zombie record [Astro Creep: 2000], which had lots of samples, triggered drums, and stuff, and we didn’t want to do that. We wanted to sound raw, we wanted to record to 2-inch tape, and we didn’t want the technology. As a result, I think that first record [Adrenaline] is my least favorite sonically. For the second record we let him do what he wanted. We had confidence then and we didn’t set any guidelines. I think that the second and third records we did with Terry are our best sounding. Around The Fur is my favorite sonically, but I think the third record, [White Pony] is maybe the best sounding.”

What made you decide to work with Terry on three records
in a row?

I was a young, naive kid and I trusted him. He was fatherly in a good way. He was nurturing, but not condescending, and he made us feel comfortable right away. Terry’s a producer, but he doesn’t rip your songs apart the way some producers do. He’s an engineer first; he’s very hands on and is doing all the EQs, turning knobs, and placing and adjusting the microphones. He’s very into the sonics, and so were we. We were excited about the recording techniques. Sometimes the label people didn’t like that and tried to pull us away from him to work with someone more song-oriented, which is crazy in retrospect because we did some of our most pop songs with him. Terry’s not contrived. He rarely made musical critiques, so when he did I really listened – he fucking knows what he’s talking about. I’d love to do another record with Terry. He’s someone I feel like I’ll know for as long as I’m here. I’m privileged to know him.