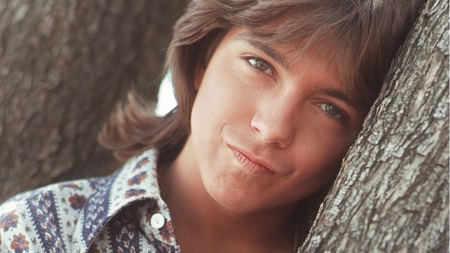 Statement:
“On behalf of the entire Cassidy family, it is with great sadness that we announce the passing of our father, our uncle, and our dear brother, David Cassidy.

“David died surrounded by those he loved, with joy in his heart and free from the pain that had gripped him for so long.”

UPDATED (11/19):
TMZ is reporting that David Cassidy’s condition has deteriorated and he’s now in ICU on a breathing tube, while his family is preparing for the end. Yesterday, it was reported that Cassidy was in dire need of a liver transplant. But now sources say, “There’s really no issue anymore for a transplant. It’s futile.”

From yesterday (11/18):
According to TMZ, David Cassidy was rushed to a Florida hospital three days ago and is now in critical condition. The celebrity news website reports that Cassidy is suffering from organ failure and unless he gets a liver transplant he could possibly die. It is also being reported that the former teen idol is suffering from kidney failure. “It’s looking grim,” one source revealed.

I’m very sad to hear about David Cassidy. There were times in the mid-1970s when he would come over to my house and we even started writing a song together. He was a very talented and nice person. Love & Mercy to David and his family.

So sorry to hear about David Cassidy's passing. Godspeed. pic.twitter.com/JpKs2VNvZw

My uncle David Cassidy has sadly passed away tonight… & in the process of mourning I can't help but thank God for the joy that he brought to countless millions of people! I don't think I'm alone in saying that we will all miss him. God Speed!

RIP David Cassidy Ironically, today is the anniversary of the day "I Think I Love You" hit #1 on the Billboard Hot 100. pic.twitter.com/QhTTSGsLBC

so sad to hear of the passing of david cassidy… he was always so kind to me – such a pleasure to have had him on my show… sending love and prayers to his family… R.I.P. friend ❤️ pic.twitter.com/tsFkNiJzFc

So very sad to hear of David Cassidy passing away? He was always so kind and sweet to me. Our shows were both on Friday nights and deep down I dreamt of being a Partridge. His memory and love will live on in my ❤️forever. Love you David. Prayers to his family??

2nd song for the night: “ I Think I Love You” by David Cassidy ??RIP sweetheart.

Very sad about David Cassidy; met him in the late 80s/early 90s, and after all that adulation and hysteria was a remarkably stable and nice guy. Possibly my quintessential pop idol #DavidCassidyRIP