Dave Grohl to Justin Hawkins at Taylor Hawkins Tribute: “If Brian (Johnson) tells you to do something, you fu**ing do it” – AC/DC – 2022 – The Darkness 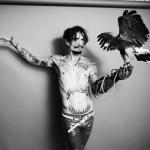 10 minutes before the AC/DC segment of the tribute, Brian Johnson asked me to come up and sing the second verse of Back In Black. I initially refused, I’ve never sung it before, and I didn’t want it to seem like I was gatecrashing. However, Brian really was insistent, and Dave Grohl told me that “if Brian tells you to do something, you fu**ing do it”.

I had Rufus pull up the lyrics on his phone and I gave it a go, but in all honesty, I think Brian just wanted to create a memorable spontaneous moment and have a laugh so he could really push on and smash the rest of his set. The stage manager scrambled to prepare a microphone for me, but I didn’t know which one I was supposed to take, and I ended up having to steal Brian’s, which looked a bit awkward 😂.

Brian Johnson is an absolute legend and Dave was right, I couldn’t turn it down. 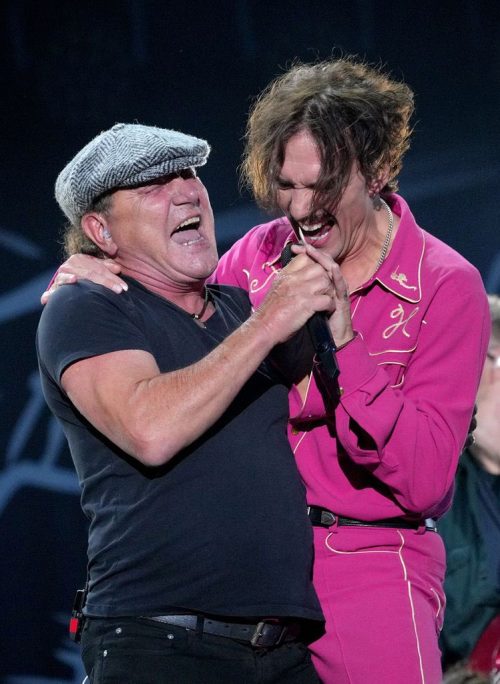 Back In Black w/ Foo Fighters + Brian Johnson & Lars Ulrich (& a surprise appearance from Justin Hawkins, which is why I screamed like a little girl) @JustinHawkins @foofighters #taylorhawkinstribute pic.twitter.com/RwVPENn55c

Saturday was emotional. Justin & Rufus’ performances were outstanding. We couldn’t be prouder to call them our band mates. The evening was a beautiful tribute to Taylor Hawkins, every single musician on that stage was exemplary. An incredible night honouring an a incredible man. pic.twitter.com/rkiU4Fi423