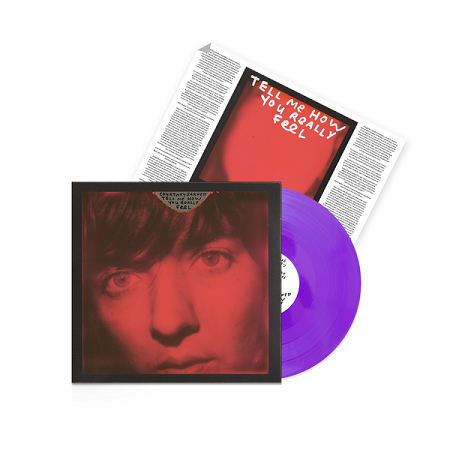 “Nameless, Faceless,” a brand new song from Courtney Barnett, can be heard below. The track is taken from Barnett’s highly anticipated upcoming sophomore album, Tell Me How You Really Feel, available worldwide May 18, 2018 via Mom+Pop/Marathon Artists/Milk! Records.

Barnett released her debut album, Sometimes I Sit And Think, And Sometimes I Just Sit, on March 15, 2015.  Ranked as one of the best albums of that year by several publications, it peaked at #20 in the United States on the Billboard 200.  It was also certified ‘Gold’ in Australia for selling in excess of 35,000 equivalent units.

Tracklisting:
1. Hopefulessness
2. City Looks Pretty
3. Charity
4. Need A Little Time
5. Nameless, Faceless
6. I’m Not Your Mother, I’m Not Your Bitch
7. Crippling Self Doubt And A General Lack Of Self Confidence
8. Help Your Self
9. Walkin’ On Eggshells
10. Sunday Roast