UPDATED: The Strokes NOT Working on a New Album with Rick Rubin 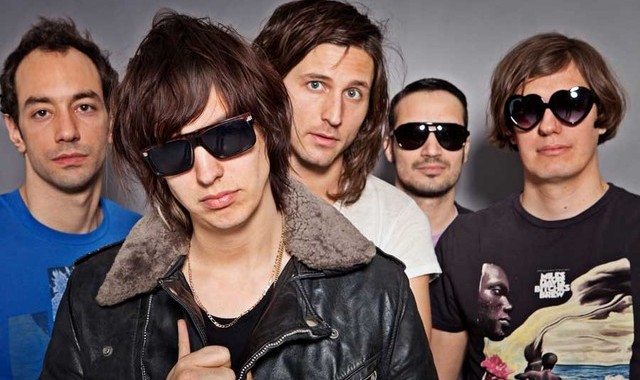 During an interview with The West Australian, renowned songwriter Albert Hammond Sr, who also happens to be the father of  Albert Hammond Jr. – guitarist in The Strokes – said the band is “making a new album now with a great producer called Rick Rubin.” He continued: “I speak to my son every day and he says that they’re so happy.  I’m sure this will be a very successful record.”

Great news, but unfortunately, NOT TRUE???!!!? Shortly after news outlets picked up the story, Albert Hammond Jr. cleared things up on Twitter. The guitarist said the band is “not in the studio recording”, but did acknowledge a meeting with Rubin took place, “we met and played a few music ideas for Rick to feel out a vibe but even a theoretical album plan would be years away, if at all.”

Forgive Albert Sr he got prematurely excited. A lot of unknowns and nothing worth speaking about at this time.

Sorry everyone we are not in the studio recording

We met and played a few music ideas for Rick to feel out a vibe but even a theoretical album plan would be years away, if at all.

Known for popularizing hip hop in the 80s and for his work with everyone from Johnny Cash and Red Hot Chili Peppers to Tom Petty and Slayer, Rubin’s trademark as a producer lies in his signature “stripped-down” sound.  The famed producer has also become known for his seemingly uncanny ability to revive waning musical careers. Producer Dr. Dre claims that Rubin is, “hands down, the dopest producer ever.”

Hammond, who has also worked with Cash and penned hits for Celine Dion, Leo Sayer, Whitney Houston, Tina Turner and the Hollies, said he personally paid for studio time so that The Strokes could record their classic 2001 debut Is This It. “Nobody understood them, so I said, ‘Here’s the money, go in the studio and make the record’,” he said. “I never got it back, but it doesn’t matter. I just love knowing I helped them out.”

The Strokes have not released a full-length album since 2013’s Comedown Machine. That album reached #10 in the US with first week sales of 41,000 units.