Genesis Publications is hosting a free exhibition celebrating the U.K. launch of the book, I ME MINE – The Extended Edition by George Harrison.

Visitors to the pop-up exhibition will have a rare chance to see reproductions of Harrison’s handwritten lyrics as well as personal photographs and commentary taken from the new book. The closest to an autobiography of George Harrison that has been published, I ME MINE – The Extended Edition covers -for the first time- the full span of his life and work, with his handwritten lyrics to 141 songs, observations by Harrison himself and photographs from the family albums. 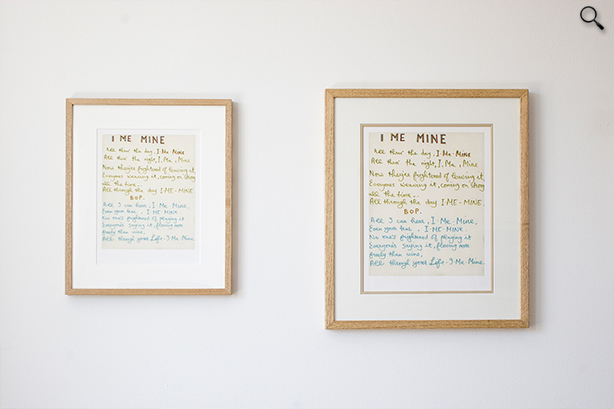 Originally published in 1980, The Extended Edition includes lyrics and photographs discovered recently by his wife Olivia, including a collection of lyrics found in a piano bench at Harrison’s home studio. One such song was ‘Hey Ringo’, thought to be from 1970/1971, and previously unseen – including by Ringo Starr himself who first saw the lyrics at the recent Los Angeles exhibition of the book. 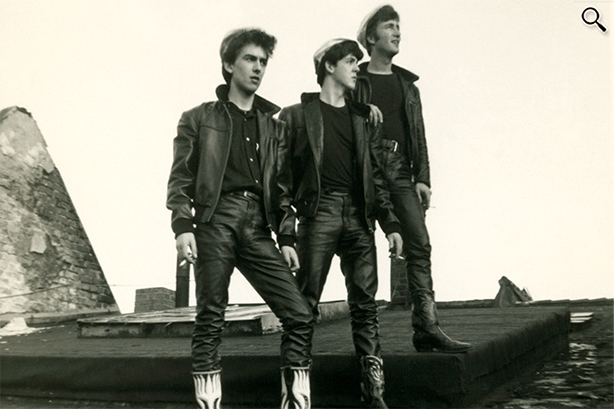 Rare limited edition books also on display will include: I Me Mine (original 1980 edition), Songs by George Harrison 1 and 2, Concert for George, Fifty Years Adrift and Live in Japan. Visitors will also enjoy a preview of the recently announced Revolver 50 Collage series by Klaus Voormann, Love That Burns – A Chronicle of Fleetwood Mac by Mick Fleetwood, Transformer by Lou Reed & Mick Rock, and the Genesis 100 special boxset celebrating 100 editions since 1974.

Also on show will be the full range of Genesis Publications’ limited edition, signed books and prints. Publications and prints by artists such as Jimmy Page, Ronnie Wood, Ringo Starr, Yoko Ono, Pete Townshend, Bob Dylan, Paul Weller and Jeff Beck will be displayed alongside those featuring the Rolling Stones, Jimi Hendrix, The Beatles, Traveling Wilburys, The Who as well as the recent Vogue – Voice Of A Century anthology. 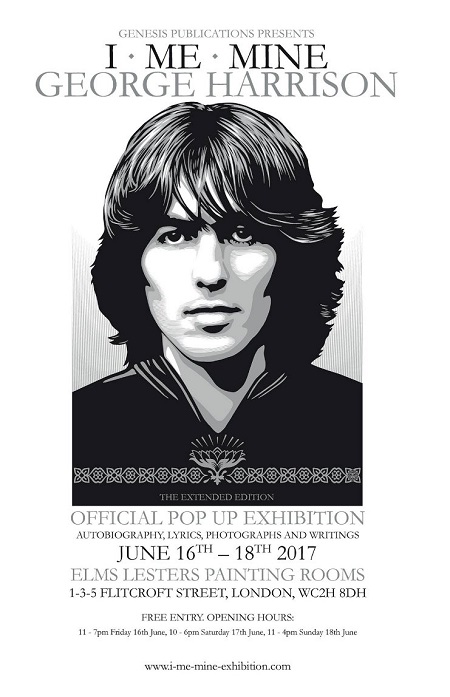 Previous: First Aid Kid Launch 2017 Tour – Listen to “You Are the Problem Here”
Next: Damien Jurado Launches His 50 State Tour, “If you are an artist, a musician, poet, or if you want to host a show, please reach out”