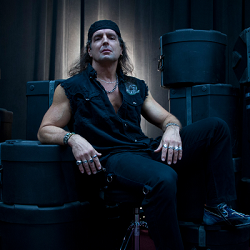 Bobby Rock: I wrote the following piece in ‘97. It’s a snapshot of tour life, featuring one of my dearest road warrior brethren: Ed “Munch” Miller… who we just lost last week. Munch and I started touring together way back in ’84, but our connection was rooted far beyond the “biz.” Munch was extended family… a fiercely loyal friend who I always remained in touch with and would often see during tour stops in his native Michigan through the years. He was also an insanely gifted sound engineer and quite the character, no doubt! We’ll miss you, brother. 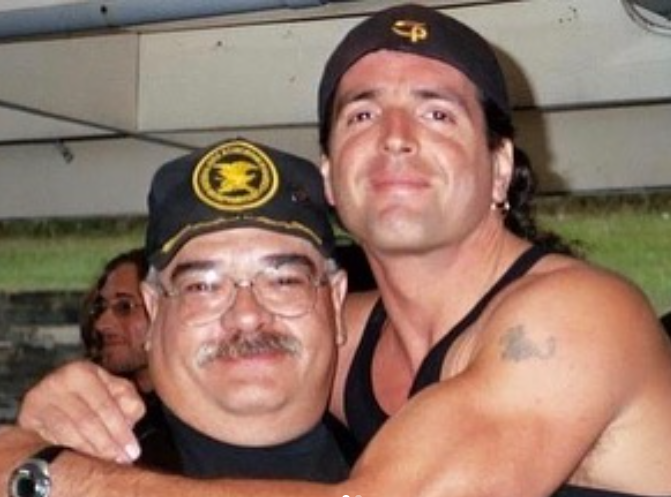 Lampposts in the Moonglow
.
The warhorse, Winnebago Warrior; my RV – a sling-shot rocket rolling down another black and icy highway. Truckstop neons are a blur to the right and left as speckles of snow, light but steady, pelt our windshield like stars on the Enterprise. We’re going where no men have gone before… at least not men like these.
.
In the driver’s seat for now, it’s Munch; a sumo-bellied bulldog with a thick, salt and pepper goatee. He’s forcing his droopy eyes to stay open behind dark-rimmed glasses as a Marlboro smolders between fingers that are as wide as they are long.
.
“You gonna make it, Mack Daddy?” I call out to him, crouching down between the driver and passenger seats. The movie “Goodfellas”funnels down the hallway from the TV in the rear lounge where I just left a couple of dozing bandmates. Two other crew guys are cocooned in army surplus blankets on couches near the front.
.
“What? Shit yes… whaddya mean?” Munch grunts back at me.
.
It’s the usual: me implying that he’s too tired to drive, he insisting he isn’t. Same ol’ shit.
.
“Well, looks like I might have to get some motherfuckin’ toothpicks up here to keep those eyelids from shuttin’,” I retort.
.
Munch lets loose one of his signature grizzly bear-with-pneumonia kind of laughs. “You’re dreamin’, Holmes. I ain’t never fell asleep at the wheel and I ain’t never gonna, either,” he says, cocking both eyes at me—and off of the road—for a few seconds longer than I can take.
.
Me: “Very good. Now, do you mind watching where the fuck you’re going here before we roll this bad boy again?”
READ MORE 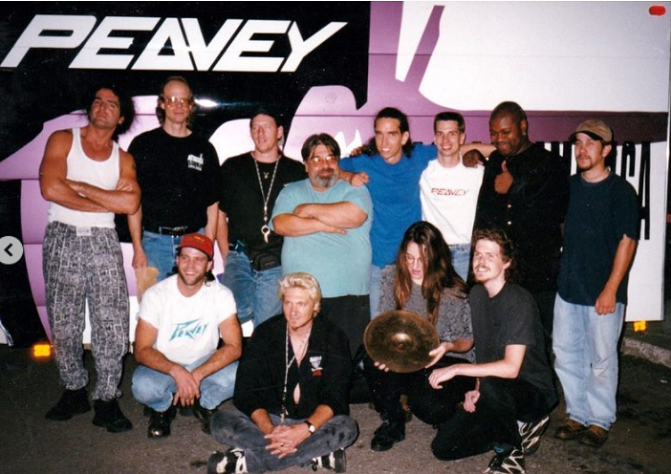