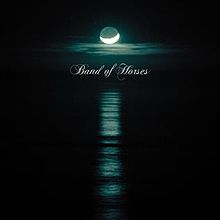 Following the release of their debut album, Everything All the Time, Band of Horses founding members Mat Brooke, Chris Early and Tim Meinig exited the band. In their place, band leader Ben Bridwell recruited Joe Arnone (guitar and keyboards), Creighton Barrett (drums) and Rob Hampton (bass and guitar), with Arnone leaving the band just prior to their 2007 tour.

Cease To Begin debuted at #35 on the U.S. Billboard 200 chart and was #47 on Rolling Stone’s list of the Top 50 Albums of 2007. The record was also a minor hit in Scandinavia, charting in Norway, Sweden and Denmark.

DID YOU KNOW?….
Cease to Begin was released in Japan on July 23, 2008 by Tear Bridge Records. The Japanese version featured an enhanced video for “Is There a Ghost” plus three live bonus tracks, including a cover of Ronnie Wood’s “Act Together”, written by Mick Jagger and Keith Richards, which Wood’s recorded for his album, I’ve Got My Own Album to Do.

Statement from Band of Horses:
“This 2007 FILTER article by our friend Pat McGuire is one of our favorite pieces ever written about the band. Pat followed us on a tour down the West Coast that culminated at a show at the Hollywood Bowl with the Decemberists and Andrew Bird. Pat’s words, along with the wonderful photos by Brantley Gutierrez, are bringing back some great memories. Check it out” @ this location.” 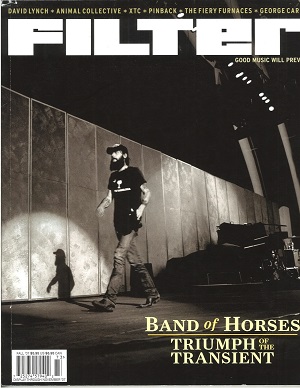