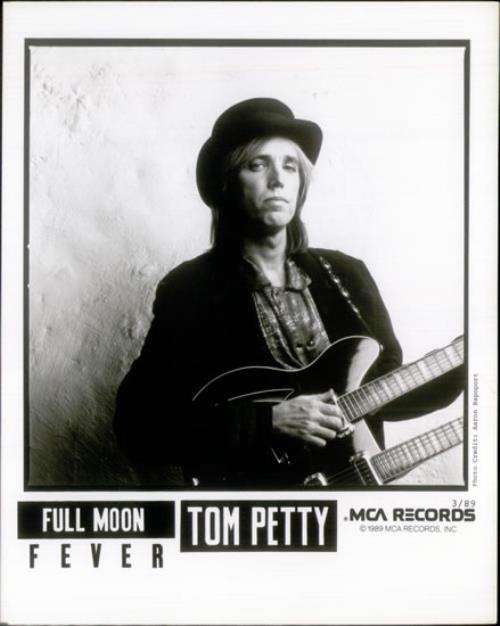 “On Behalf of the Tom Petty family, we are devastated to announce the untimely death of our father, husband, brother, leader and friend, Tom Petty.

“He suffered cardiac arrest at his home in Malibu in the early hours of this morning and was taken to UCLA Medical Center but could not be revived. He died peacefully at 8:40PM PST surrounded by family, his bandmates and friends.”

UPDATED: @ 1:35 PM PT – Sources tell TMZ at 10:30 Monday morning a chaplain was called to Tom’s hospital room. We’re told the family has a do not resuscitate order on Tom. The singer is not expected to live throughout the day, but he’s still clinging to life. A report that the LAPD confirmed the singer’s death is inaccurate — the L.A. County Sheriff’s Dept. handled the emergency.

L.A. Times: “Tom Petty has been hospitalized, but there’s no official confirmation of his death despite widespread reports”

TMZ: After Petty arrived at the hospital he had no brain activity and a decision was made to pull life support.

Tom Petty was Found Unconscious in his Malibu Home
Original story – BREAKING: It is being reported that Tom Petty was rushed to a hospital after being found unconscious, with no pulse. Sources claim Petty has been put on life support.

You belong among the wildflowers
You belong in a boat out at sea
Sail away, kill off the hours
You belong somewhere you feel free

Music is probably the only real magic I have encountered in my life… It’s pure and it’s real. It moves, it heals”

So sad about Tom Petty, he made some great music. Thoughts are with his family.

(1/2)The LAPD has no information about the passing of singer Tom Petty. Initial information was inadvertantly provided to some media sources

(2/2) However, the LAPD has no investigative role in this matter. We apologize for any inconvenience in this reporting.

Tom Petty has been hospitalized, but there’s no official confirmation of his death despite widespread reports https://t.co/JEzkv5hjmM pic.twitter.com/TSgWvnAh8F

Thanks to everyone for supporting us for the last 40 years! Without YOU, there’d be no US! #TPHB40 https://t.co/MrJg4dVJJp

Sending love to Tom Petty and his family at this difficult time.

Tom Petty gone? That’s just so wrong. What a bad day this has been, in so many ways.

A superb songwriting craftsman has crossed over. I am in shock…#RIPTomPetty

Thank you Tom… Rest In Peace. A true giant is gone. Such a sad and dark day on so many levels. pic.twitter.com/wQVcmOQxHU

“I don’t know, my music has always just come from where the wind blew me. Like where I’m at during a particular moment in time.” #TomPetty pic.twitter.com/MrKO3YLRlI

no words. just thanks. @tompetty pic.twitter.com/224gn9GNbo

Such sad news today. Our thoughts are with Tom Pettys family, friends and fans…. https://t.co/yYpoukeTKJ

We spent the first 2 years of touring with this album as the soundtrack to our band! We all went to Paris to watch him #TomPetty X pic.twitter.com/s7taRGDYd2

No! We have lost Tom Petty. From our opening act in the seventies to becoming a brilliant songwriter and performer I have loved his music. pic.twitter.com/yhyPCfm2l6

I can’t believe we have lost Tom Petty on this already horrible day. My love to his wife & children and the entire Heartbreaker family.

Tom Petty. So sad. Way too young. A great writer, singer, and band leader. His music will endure. – Hueyhttps://t.co/94uu0F7cEO

Whaaat? Tom Petty is gone?!! I can’t believe it. One of my absolute favorites and one of the greatest… https://t.co/CQSVkF985i

I’m heartbroken to hear about Tom Petty. Tom was a hell of a songwriter and record-maker. He will be missed by everyone who loves music. L&M

Tom Petty was so generous with his musical knowledge & his work with other musicians bolstered the mystical brother/sister-hood of wandering troubadours.
“End of the Line.”https://t.co/icDI756Cye

Hard to believe it’s true. @TomPetty was a kind friend with a beautiful soul.
Our condolences go out to his family & may he rest in peace pic.twitter.com/rDw3V0fLLJ

RIP Mr. Tom Petty!! And thoughts and prayers for everyone in Las Vegas!!! This is a hard day!!!!

Honored to have shared the last show. #riptompetty ????❤️ https://t.co/Ye8YxqXsLV

More sad news today, hearing of Tom Petty’s passing…
Have always been a fan. Sadly never got to see him LIVE…. https://t.co/O09csnH5G4

Tom Petty… I can’t even. This day… #heartbroken