Jimmy Page on Led Zeppelin’s Presence: “You don’t make music like that in such a short amount time falling about in the street drunk” 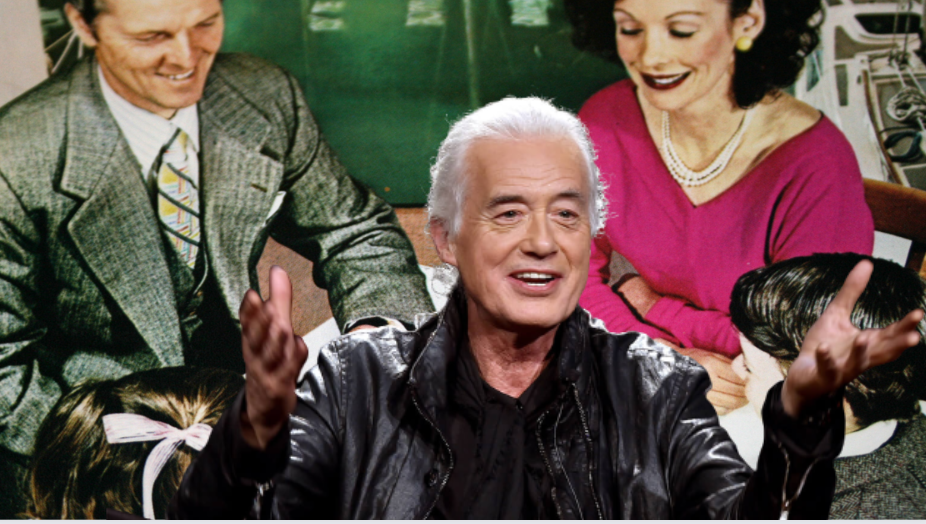 Led Zeppelin’s seventh studio album Presence wasn’t the easiest to make. Robert Plant was recovering after the August 1975 car crash in Crete that had left him with a serious arm and leg injuries, and the band’s touring schedule had been pitched into turmoil.

The show had to keep rolling, and the following month the band gathered for writing sessions in Malibu Colony, 30 miles south of Los Angeles, before recording commenced at Musicland Studios in Munich, Germany.

Over the years Presence has frequently been cited as Jimmy Page’s favorite album, presumably because, as with Led Zeppelin I, he was fully in control. With Plant’s input restricted, there were, as Tight But Loose editor Dave Lewis says, “no Mellotrons, acoustic guitars or keyboards of any kind – no Jonesy! It was all Jimmy. No one else really got a look in.”

Below, Jimmy Page recalls the recording of Presence.

A lot of people presume that Presence is your favorite album

I don’t know why they think it’s my favorite album; I don’t have any one favorite album because they all mean different things from the whole journey of Led Zeppelin. Presence was recorded in real stressful circumstances; Robert was in plaster with his leg, and we didn’t know what the outcome was going to be of all that at the time.

That’s the one where it took three weeks to record and do overdubs. We did it in the Musicland Studios, Munich and after us were the Rolling Stones. I called them up and asked if I could get a couple more days, because they were busy trying out various guitars, and they said OK. The tracks were done, and Robert’s vocals were done, and I was going to do what I had normally done and still do – the overdubs and production.

There was me and the engineer Keith Harwood, and whoever woke first would get the other up and we’d get straight into the studio and do the guitar overlays. It was the same with the mixing. Jagger was staying in the same hotel, and I went up to see him to say thanks for letting us use the studio in their downtime. He said, “What have you done?” I said, “I’ve done an album; do you want to hear some?” I put on Nobody’s Fault But Mine, which he sort of knew as a blues song and he was quite startled by it.

Although doing an album in three weeks was an exception, I never worked slowly, nor did anyone else. We were all very fast and to the point. If we were recording something and it wasn’t happening, we would stop that number and do something else, there was no point laboring it. That’s something I brought with me from the session days – you know when the spark’s there and you know when it’s gone and there’s no point proceeding, especially if you have other numbers to do.

When Presence came out, everyone thought it was the direction Zeppelin would be taking in the future.

Yeah, for example, Tea For One is exceptional. It was to the point, recorded in a couple of takes. Robert’s vocals are tremendous. He was doing that his leg was in a cast, miles away from home.

Weren’t you particularly out of it during the recording of Presence?

I was into it. [laughs] I was seriously focused. You don’t make music like that in such a short amount time falling about in the street drunk. You do it when you’re one hundred percent focused.