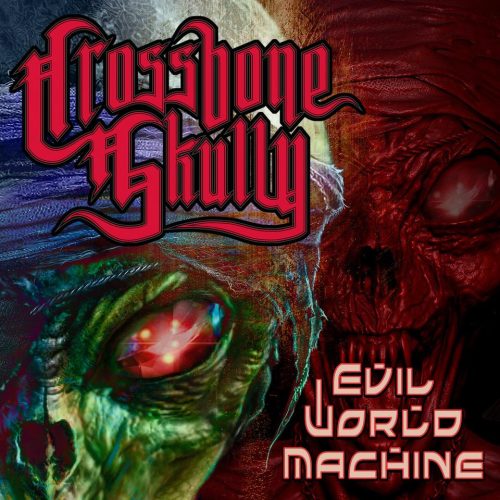 Tommy Henriksen, The Mastermind Behind The Crossbone Skully Music, Character And Story, Enlists Johnny Depp And A “Who’s Who” Of Rock Music On This Special Project

“It’s about time someone recognized Crossbone Skully,” says Alice Cooper. “Skully and I go way back. Crossbone Skully has written a galactic masterpiece about one of the most mysterious characters of the cosmos. Is he a villain or a hero? I don’t know. Maybe a little of both. All I know is don’t cross Crossbone Skully. This album rocks every galaxy out there.”

Nikki Sixx says, “I’m thrilled to be involved in the Crossbone Skully project. The music is hard hitting and real as it aligns with an original concept. To be part of this project with this group of legends is inspirational and I know it’s gonna kick ass!”

The two rock legends are talking about the debut album from CROSSBONE SKULLY, due out on Better Noise Music in 2023. It’s an exciting multi-dimensional project that was launched last Friday (November 18) with the album’s first single, the blazing “Evil World Machine,” available to stream and download HERE.

This Saturday (November 26), the video, directed and animated by Riley Donahue (“Saturday Night Live”), will premiere live at the San Francisco Fan Expo, followed by a YouTube premiere at 7:00 PM (ET) HERE. Fans will get their first look at Tommy Henriksen’s carefully crafted character “CROSSBONE SKULLY,” and the character’s world, which inspired its own upcoming graphic novel and animated film, “Thing #1.”

CROSSBONE SKULLY is an avenging superhero, beginning his journey to rescue humanity on “Evil World Machine,” which confronts the evil currency of the world. Legendary producer Mutt Lange (AC/DC, Def Leppard) emerged from retirement to serve as executive producer on the album which was written by guitarist/bassist Tommy Henriksen (Alice Cooper’s Band / Member of Hollywood Vampires which includes Johnny Depp) and guitarist/producer Tommy Denander.

“This has been an amazing journey,” says Henriksen, who began the project almost four years ago. “If you had told me back then that I’d be working with the greatest producer who ever lived, I wouldn’t have believed it.”

CROSSBONE SKULLY will be engaging fans with more music from the album, which delivers a powerful message in today’s global climate, inviting people of all backgrounds to coexist and break down oppressive barriers. Additionally, Henriksen’s vision for CROSSBONE SKULLY will continue to unfold, culminating in the release of the band’s debut album in 2023.

ABOUT CROSSBONE SKULLY
Crossbone Skully is an avenging superhero from outer space, returning to earth to save the world and reconnect with his lost deity love Piper and Kyd, the son he never knew he had. Evil World Machine is a rock concept album that echoes similar dystopian visions such as Ziggy Stardust and the Spiders from Mars and Diamond Dogs. The project, influenced by larger-than-life bands such as AC/DC, Alice Cooper, KISS, Iron Maiden and even the Sex Pistols, is the work of a collaborative team headed by veteran rock session bassist/guitarist Tommy Henriksen and Tommy Denander alongside the legendary Mutt Lange, who emerged from retirement to executive produce the project.

With a long history Henriksen has also had a successful side career as a producer/mixer/arranger and songwriter for the likes of Lady Gaga, Meat Loaf, Lou Reed, Halestorm, Kesha and Daughtry. His metamorphosis into Crossbone Skully started when Alice Cooper’s lighting man, who used to work for AC/DC, heard him singing like Bon Scott and successor Brian Johnson during a sound check–and suggested he build a solo project around it.