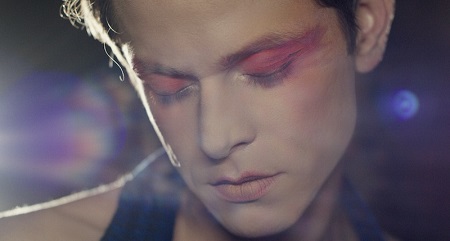 Perfume Genius (aka Mike Hadreas) was forced to cancel his concert at Technikum in Munich, Germany on Wednesday night (November 22nd).  According to an official statement, the singer says he is “not well enough to perform.”

Perfume Genius Statement:
“Munich! I had hoped to feel better nearer the show but I am not well enough to perform. I’ve never canceled a show before – I’m so sorry! I love you all and hope to make it up to you soon.”

Perfume Genius wraps up the European leg of his 2017 tour on November 29th at L’Antipode MJC in Rennes, France and will return the United States for a string of dates, beginning on December 10th in New York at The Bowery Ballroom.

Hadreas released his latest album, No Shape, on May 5, 2017 via Matador Records. It was the fourth studio album to be released under the Perfume Genius moniker and his first full-length effort since 2014’s Too Bright.  No Shape reached #185 in the U.S. on the Billboard 200, #96 in the UK and #9 on the New Zealand Heatseekers Albums chart.