Wolf Van Halen on the Eddie Van Halen Tribute Tour: “There are some people that make it very difficult to do anything” – 2022 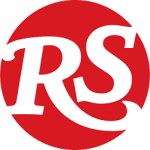 Rolling Stone: In our no-holds-barred new interview, Wolfgang Van Halen tells all about his next album, the real story behind those rumors of an Eddie Van Halen tribute tour, dealing with Internet haters, missing his dad, and much more. You can read the entire interview @ this location.

There was apparently some kind of Van Halen tribute attempted that involved your uncle [Alex Van Halen] and Joe Satriani. What can you say about that? 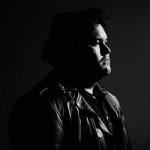 What I can say is that there was an attempt at doing something. But, you know, I don’t like to speak negatively about people, but there are some people that make it very difficult to do anything when it comes to Van Halen. After being in Van Halen for a long time, I really have strived to have an environment where there is no walking on eggshells and there is no personality that you have to deal with. It’s just guys having fun making music and just having a good time. But, you know, from my time in Van Halen, there was always some stuff that gets in the way from just making music and having a good time. And, I think, that’s what happened.

There’s been a tremendous amount of confusion out there on this tribute thing.

People love to pin every decision Van Halen has ever made on Dad. But Al’s the brain. Al has been the guy forever. He’s the dude. When it comes to Van Halen, Dad just wanted to play guitar. But, you know, Al’s mentality, and it’s the mentality that Van Halen took for the entirety of its band, is that there’s nothing worth talking about unless it’s happening. So, the reason that nothing has been talked about from Van Halen, the official channels, is because nothing’s happened. And I know how that will stir people up and piss them off. But that’s how the operation is run.

When Robert Plant wouldn’t tour with Led Zeppelin, they auditioned all kinds of singers, including Steven Tyler. But just because they jammed a couple of times, doesn’t mean anything really came of that.

Not at all. And just because one person [former Metallica bassist Jason Newsted] decided to talk about it when they weren’t supposed to, it fucked everything up.

Was that really what fucked it up?

That wasn’t the end of it, actually. It was already not happening.

And if someone were to assume that the main problem was a certain singer with three initials, what would you say to that?

I would say “Do your research on the history of Van Halen and come to your conclusions.”

Hey, thanks for all the kind words on the interview today. It’s not easy taking the walls down and putting yourself out there, but the response today reminded me that it’s ok to do that every now and then. pic.twitter.com/0XAJupaZoW

In our no-holds-barred new interview, Wolfgang Van Halen tells all about his next album, the real story behind those rumors of an Eddie Van Halen tribute tour, dealing with Internet haters, missing his dad, and much more https://t.co/ZQFaj1ZlHm