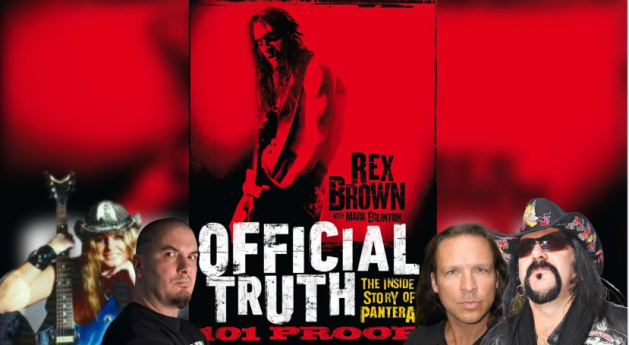 This excerpt was taken from a full in bloom interview with original Pantera vocalist Terry Glaze.

full in bloom: I had read Rex Brown’s book (Official Truth, 101 Proof: The Inside Story Of Pantera) recently. 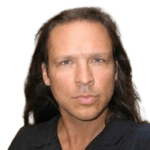 You have some quotes in there. But in it, he just absolutely reams Vinnie Paul. Right after Darrell (‘Dimebag’ Darrell Abbott) died, I guess Rex had made a comment that pissed Vinnie off and Vinnie responded with, “If anyone got lucky in the band, it was Rex.” Really, I was just wondering because Rex makes him sound like he was so difficult, but when I was a kid, all the times I met Vinnie, he was incredibly cool.

Right. I mean, to go after him like that it seemed like it had to be a vendetta.

I saw Vince at Darrell’s funeral and all I know is I couldn’t imagine what Vince had to go through every single day he woke up and I wouldn’t want to know. If anyone deserved a break, I would think it would’ve been Vince.

How would you describe Vinnie at that time?

I don’t think anyone was difficult when there was no money involved and we were just doing it because we loved it. Everybody was pretty easy. I can’t imagine how hard it might’ve been once finances got involved. That’s usually where the difficult part comes in – when they started getting really big.

It said in the book that Phil (Anselmo) came up to you on the bus and said, “Now I know what you were going through.”

Well, something similar to that. Phil and I understood the other three like nobody else (laughs). I was big fan of Phil on those records. I thought he was amazing. My favorite Pantera record is ‘Vulgar Display of Power.’ 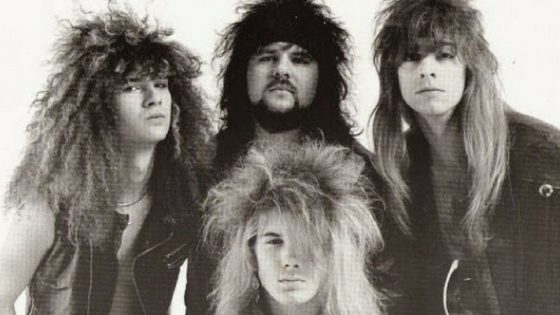 Is that why you left?…Because of the dynamic between the three of them.

No, the reason I left is because the four of us, plus Vince and Darrell’s father (Jerry Abbott), we all voted, and the Abbotts, the three of them, never split their votes. So, it didn’t matter what I wanted to do, the Abbotts made all the decisions. Eventually, I just thought, “I don’t like what’s going on.” That’s why I left, and I’ll just tell you, I loved playing in that band. It wasn’t the two hours on stage, it was the other twenty-two hours of the day where we wanted to kill each other.

It’s funny to look back at the pictures and then hear Rex say on their Behind the Music episode, “I didn’t want to wear spandex.” When you look back, he was about the most glam in the band.

I’m also assuming Rex didn’t write much of the music in Pantera.

Not that I remember.

During a 2013 interview with MetalSucks, Phil Anselmo said the following about Rex’s book: 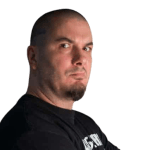 “Honestly, Rex’s assessment of me – I don’t care. Egotistical, self-centered, everything is always about me. You know what? I’m a lead singer and he’s a bass player. That’s his perception. So, I’m fine with it. I don’t hold any fucking grudges. But I think he did take some angry swipes and I don’t need to be specific. There is a great deal of mythology when it comes to him ‘quitting’ DOWN. That particular chapter is a little disturbing.” 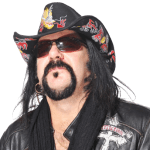 “All I can say is that… I’ll refer to Philip’s comment about Rex’s book. A bunch of mythology. We don’t know where he came up with all this. More power to him, man.”

During an interview with Metal Forces, Rita Haney (Darrell’s Life Partner) was asked about the book: 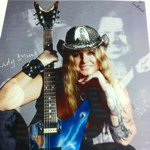 “Good lord… It’s not good to write a book when you don’t remember things, and you have other people telling you in your ear, ‘This is how it went down,’ when it didn’t. I got to chapter three, and I felt like I needed to get a highlighter out for things I knew were incorrect (laughs).”

On Vinnie Paul’s portrayal in the book, Rita said:

“Potshot, like, ‘Let’s try to take some potshots and stab at you,’ And yeah, it was pretty hateful. It’s the pot calling the kettle black. How can you throw stuff out there when you’re just as guilty or guilty of worse things? Some of the stuff is not yours to tell, or yours to judge.”

Brown defended his book during a 2013 interview with the “Energize With Lonn Friend” podcast: 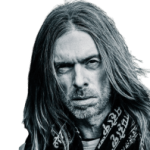 “Apparently, Vinnie isn’t very flattered by it. Vinnie, then, he can write his own fucking book, you know. With Philip, I haven’t heard any rebuttals, but I didn’t say anything in the book that wasn’t already out there, you know what I’m saying?”

“I think the reason they haven’t talked to me is because it is the fucking truth. And sometimes you don’t want to tell the truth. And I didn’t go out of my way to maliciously hurt any individual. But at the same time, if you’re going to tell the truth, by God, you’d better be on the skinny.” 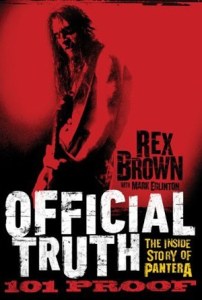 On page 172 of “Official Truth, 101 Proof: The Inside Story Of Pantera”, Brown said the following about Vinnie Paul:

“You need to understand that Vinnie is just a strange person — that’s all there is to it — and it’s either his way or the highway. I think he got most of that asshole-ishness from his old man, because in many ways they are very much alike.

Vinnie was always all about the ‘party, party, party!’ and ‘eat that pussy!’ type of shit — to the extent that he thought he was fucking David Lee Roth. And him a drummer, can you imagine? But the truth is that he only got laid maybe one out of ten times and that’s if he was lucky.

“Being in a platinum-selling band is meant to be a head start when you’re trying to score with chicks, but he negated that by having no idea whatsoever how to treat or approach a woman. He’d just walk up and immediately start groping them, so it was no surprise that his strike rate was so pitiful. He acted like meeting him was a sexual audition and that just turned them off straightaway.”

“And as if that wasn’t bad enough, when he didn’t get laid (ninety percent of the time, I’d estimate) he was the most miserable fucking guy on the planet. I just couldn’t live with him. He’d walk in the room in the morning, and I’d just know. He’d be all snappy and pissed off with everyone and there was nothing anyone could do to change his mood. That became really boring.”

Previous: Opeth: Mikael Reflects on a 20-Year Relationship with Management VIDEO – 2022 – Andy Farrow & Northern Music Co
Next: Lamb of God’s Mark Morton on Dokken’s “It’s Not Love”: I still think about that sh** – 2022