Van Halen Producer Ted Templeman on Marq Torien: “I had a thoroughbred on the first BulletBoys’ album, and right now, I have a donkey” – 2022 – Interview

VWMusic recently caught up with Jimmy D’Anda, formerly of BulletBoys, recently of George Lynch & The Electric Freedom. Dig it. You can read the entire interview @ this location. -> An excerpt from the interview can be found below. 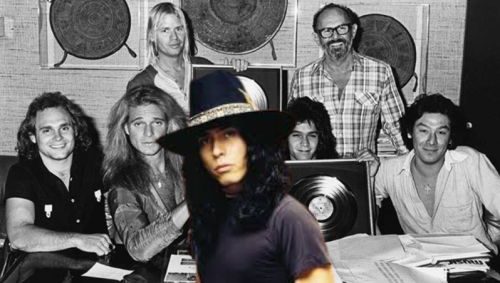 The great Ted Templeman essentially championed BulletBoys. From your vantage point, Jimmy, what was it about the band that he gravitated to? 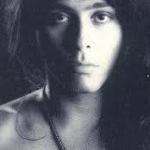 Well, I’m gonna be honest with you, because that’s the one thing that I’m learning to be better at in my older age. [Ted] said to me one time — and this was all honesty because he’ll compliment, but then he’ll be honest, even when it’s a little hurtful.

On the Freakshow record, Marq had lost his voice. He had gotten nodules from screaming, smoking cigarettes, weed, and doing cocaine. He ruined his voice. So, Ted had said, “Jimmy, the reason I signed BulletBoys was because of Marq’s voice.” He said, “You guys are great musicians, and the songs are fun and they’re playful, and it’s rock ‘n’ roll at its best, but I signed this band because of Marq.” He goes, “I had a thoroughbred on the first BulletBoys’ album, and right now, I have a donkey.” You know, in that instance – because I had never heard those words, that he had signed the band because of Marq’s voice, and then hearing about how he felt about Marq losing his voice – it was a difficult time because we weren’t getting along with [Marq]. The three members weren’t getting along with Marq, and there was talk of maybe trying to get Sebastian Bach to leave Skid Row, and there was talk of bringing somebody else to the table.

But I remember just so vividly thinking, “I’m gonna be a part of that Van Halen lineage,” because Van Halen is one of my all-time favorite bands. The same direction that Alex Van Halen got behind the glass, I’m gonna get from the same person. That, to me, I would sit there and just be in awe. And I had to keep it cool because you definitely wanna nerd-out, and you ask questions about the Van Halen’s and you wanna know about Roth and you wanna know about that stuff. And for the most part, he would tell me that stuff. He knew I was a kid; he knew I was nineteen years old, and he knew he was able to talk to me about something that he can’t just say in public. He liked that and I liked it, too. Again, for me, it was such a magical time.

What was it like for you working under Ted’s direction for the debut album?

Well, I didn’t know this, but after me and Ted had become closer throughout the years, he had said to me one time, “I have always had a connection with every drummer in every band that I’ve produced.” I don’t know if you know this, but Ted Templeman was a drummer in his band; he was a drummer growing up before he became a producer, so he always kind of had that understanding of what it means to be a drummer and be the guy in the background who doesn’t get a lot of attention. But if he doesn’t do his job, it doesn’t matter what the fuck is happening up in front; guitar player, singer, doesn’t matter; if your drummer sucks in your band, you’re not gonna have a fuckin’ good band. So, he goes, “Jimmy you’re my guy, so I need to get the inside with you sometimes. I might need you to kind of infiltrate for me. When I want something done, I’m gonna go through you, and you’re gonna help me get it done.” I’m like, “Absolutely.”

There were moments when he had a lot of magic; I’m not gonna lie to you. He would come up with ideas, and we would be like, “Holy shit! That’s great!” He personally, himself – because we’d had the cover idea for doing the O’Jays “For The Love Of Money” track – he was the guy that goes, “No, no. Here’s how we’re gonna play it.” And he dissected it, gave everybody their parts, and then we played it. So, that kind of stuff is like, “Wow.” I mean, he had it all in his head; he could figure that stuff out.

On the first day of recording, I started doing the first song, which is a song on the record called “Kissin’ Kitty.” I didn’t know what was happening, of course, you get that rush, you’re looking at that whole painted glass window and you see Ted Templeman there – and of course Jeff Hendrickson; when Don Lanning left Ted Templeman, Ted got the best engineer he could find, and that’s Jeff Hendrickson.

So, they go, “Okay, ready. Rolling!” You hear that, and then you start playing. Then Ted hit the talkback button and said, “Stop, stop, stop,” so we stop – and I’m full-throttle playing drums – and then I stopped, and you could see them talking. Then Ted goes, “Hold on. We’re going again.” Then he goes, “Okay, rolling!” And then, of course, they do their whole, “Take two!” I start playing again, and then Ted stops again. He hits the talkback, which cuts out every bit of sound everywhere else and all you hear is his voice in your headphones, and it’s like God’s talking to you. I look over at him, he looks at me, and then he’s looking at Jeff and they’re talking. You can’t hear, because it’s just silence. Then he hits the talkback and he goes, “Hey, Jimmy. How ya feeling today?” And I was like, “Oh, shit, this is about me,” and then I go, “Uh, I’m fine. Is everything okay?” He goes, “Yeah, let’s try one more. Here we go.” Then I start playing, and he hits the talkback … “Hold on!” And I’m like, “Oh, shit. Something’s wrong and I don’t know what it is, but it’s me.” Then on the talkback, he says, “Hey, guys. Why don’t you guys take ten. I’m gonna go talk to Jimmy.” I feel like I’m gonna poop and throw up at the same time, it’s like, “Oh my God. Oh, fuck. They’re replacing me. Fuck, he’s gonna replace me.” I’m freaking out.

Then he comes out to the drum room, and a piano is kind of behind me with a piano bench right there, and he gets it and he pulls it up next to me a little bit, and I turn around but I’m on my drum throne. I go, “Hey, Ted. Is everything okay?” He goes, “Yeah, I just wanna come out and talk to you for a minute.” And he had asked one of the runners to go grab a couple of Heineken beers, and it’s not even lunchtime yet; it’s like, maybe, 10:45. So, he sits next to me, and the guy runs out with a couple Heinekens. Ted pops open one and he hands me one, he clinks cheers, and he just started talking to me. He goes, “So, where are you from?” I said, “I’m from Boyle Heights, right down the way.” He said, “Oh, cool. I live up in blah blah blah…” And I go, “Oh, great.” And he said, “Do you have family…” So, we started talking and we finished the beer, and then he goes, “Okay, how do you feel?” And I go, “I feel fine.” He goes, “Okay. Let’s go.”

The guys come back in, they do their thing … “Okay, rolling!” I start playing the song and then we get the song done. The song ends, and Ted had this thing – you can ask any Van Halen guy, any Montrose guy, anybody that’s ever worked with Ted Templeman – when the take is the take, he stands up and puts his finger up to tell you to be quiet. It’s quite visible; it’s not like, “Is he telling me to be quiet?” You know he’s saying, “Shhh!” And I remember he did that. We were like little kids; it was like “Tag, you’re it. Nobody can move.” Nobody even was breathing.

So, now, fast-forward to later on, I walk in there and there’s a moment there between [Ted] and I. I go, “Hey, Ted, what was that whole thing about earlier?” He goes, “Jimmy, you were so nervous. Your tempo was completely shot. Your tempo was out the window. I could see you looking at me like somebody you idolize, and I needed to take that away.” So, he came out, and basically, we became friends right then. So, it wasn’t this little kid from Boyle Heights with the Van Halen producer; it was a producer and his drummer. He just kind of took all the scariness out of it, and I didn’t even see it happen, it just kind of happened from that experience. So, when I think about Templeman, I think about that story right there.

This is a very detailed/cool interview, and there’s a lot more to go. You can read the entire feature @ this location.