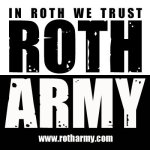 SETLIST:
On Fire
I’m the One
Bass Solo
Runnin’ With the Devil
Atomic Punk
Drum Solo
Little Dreamer
Down in Flames (Early version of the song that became Tattoo)
Feel Your Love Tonight
Ain’t Talkin’ ’bout Love
Ice Cream Man
Somebody Get Me a Doctor
Guitar Solo (Including “Eruption”)
D.O.A.
You Really Got Me

Van Halen’s triumphant return to Los Angeles: onstage at Long Beach Arena, July 1978. The fog machine and new drum riser are emblematic of the band’s growing success. 📸 @romy001, who snapped this pic, thinks you can see the top of Zloz’s head the edge of the stage. pic.twitter.com/ieUMDhUCjN

So much talent in a glorious moment captured in time. @DavidLeeRoth and @eddievanhalen of the rock band Van Halen on the stage at Long Beach Arena in 1978.#EddieVanHalenForever📸Daily News Miner pic.twitter.com/sKhttI6jmH

I first saw Van Halen in 1978 at the Long Beach arena for their first big show before heading off to open for @BlackSabbath & I was in awe of the way Eddie Van Halen played guitar & watched him throughout the show to learn his tricks. A truly amazing maestro Rest In Rock Eddie pic.twitter.com/X0vAusTtHG