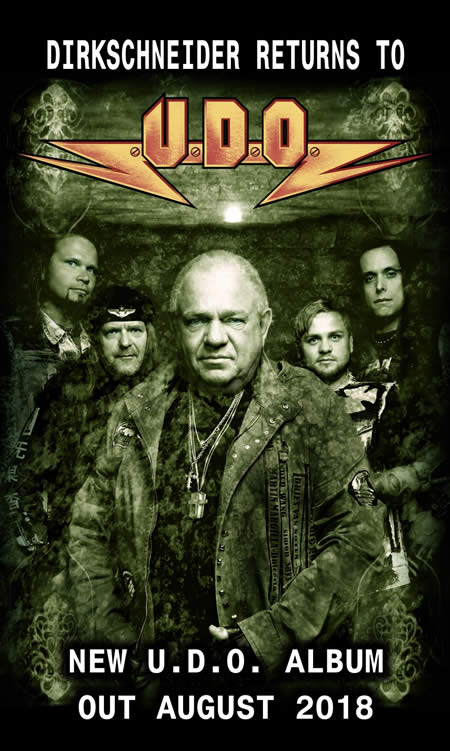 Former Accept vocalist Udo Dirkschneider will release his upcoming album in August 2018. For the past two years, the singer has been revisiting Accept’s catalog with his latest project Dirkschneider; however, the forthcoming album will be released under the U.D.O. moniker.

In a recent interview with Spark, Dirkschneider spoke about his decision to reactivate U.D.O: “Some people came up with this idea, you know, ‘Why aren’t you going to continue under Dirkschneider?’ No, we are working on the 16th U.D.O. album. We have a big following also with U.D.O. It may make the people confused. Dirkschneider continued for nearly two years for Accept songs. I can’t imagine coming up with an album called Dirkschneider. People would get confused. We discussed this already and then we said ‘We’ll definitely continue under U.D.O.'”