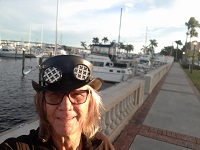 Brian Vollmer: 1984 was a good year for us. Helix had just released Walking the Razor’s Edge and were touring the U.S. with Whitesnake and Quiet Riot and living the life. Rock You had become a smash hit all over the world. The second single from the album was Gimme Gimme Good Lovin’, the old Crazy Elephant song, and the antithesis of metal. That’s why we picked the song to record. Anyway, E.M.I. picked a video company in L.A. to shoot the video at Francis Ford Coppola’s old film studio in Hollywood. The video concept was pretty simple: “Many women dancing around the band, naked from the waist up” (as the Much Music blacklist would say). It featured girls from Playboy, Oui, and Hustler magazines, and also the budding porn star Traci Lords (who, unbeknownst to us, as we didn’t handle the casting) was only 16 years old at the time. At the studio next door, “Prior’s Place” was being filmed. There were so many scantily clad women at our video shoot that Robin Williams, Richard Pryor, and Rip Taylor all came over to have a look. 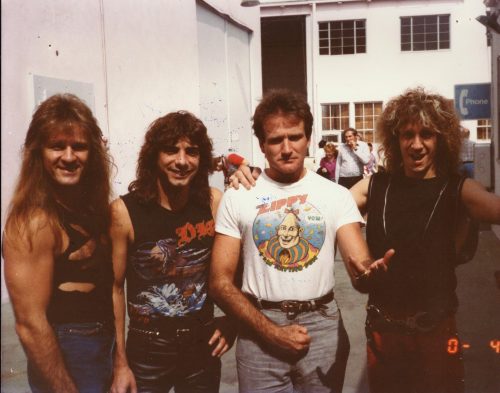 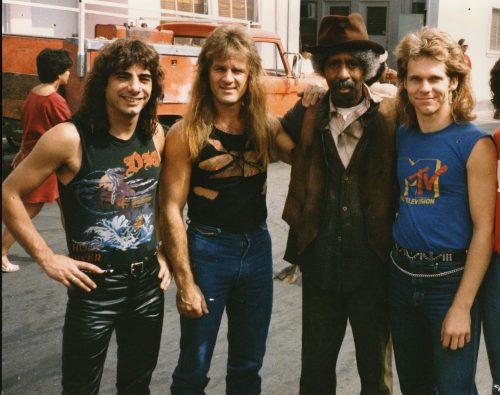 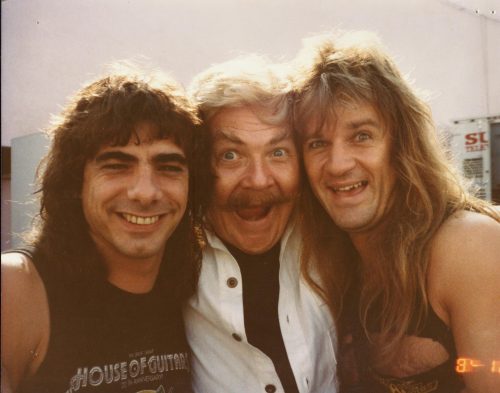 Check out Brian’s autobiography, “Gimme an R!” at planethelix.com.