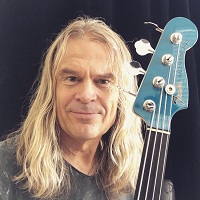 Tony Franklin: So sad to hear of the passing of former Skid Row vocalist Johnny Solinger. A sweet guy, a bundle of laughs, and some vocal pipes. Rest peacefully Johnny! 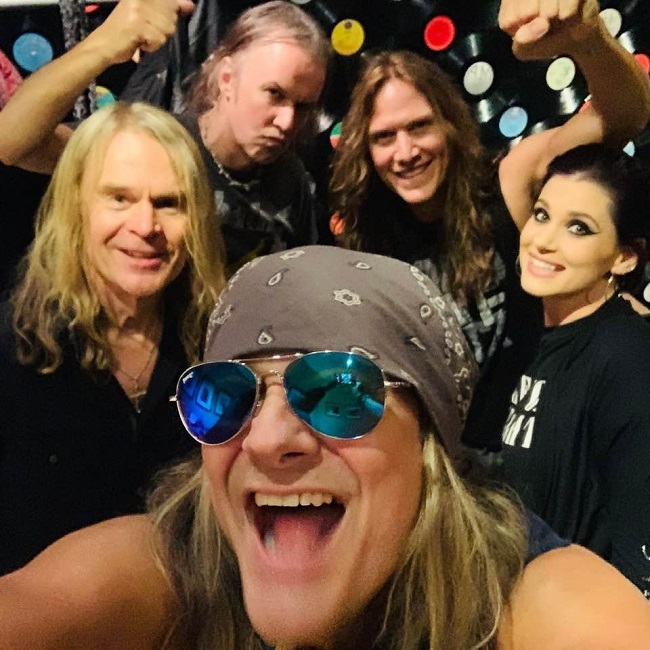 A good man with a good soul taken way too soon. Thank you Johnny for everything you gave us. God bless you and your family. pic.twitter.com/muKqOHgi8v

Deeply saddened to learn of the passing of my brother in music Johnny Solinger. He was a big, bold flash of life. He will be dearly missed. Keep the mic warm for me when I get up there so we can rock together once more 💔💔💔 pic.twitter.com/Il78fZRDeK

RIP Johnny Solinger. We miss you brother. Proud to have rocked with you. Here are a few memories. #johnnysolinger #skidrow #solinger #raidingtherockvault #rockvault pic.twitter.com/w4QJNChLwE

Since I was given this CD from Johnny himself back in the late 90s I have had it in a changer ready to play. It’s one of my personal favorites.
RIP Johnny Solinger pic.twitter.com/SPj40x5EvH

Man it’s been a crazy couple of years. Johnny Solinger passed away earlier. RIP brother.. one of the best front men to come out of DFW EVER. GONE TOO SOON
– Nite pic.twitter.com/sYlfLdUip5

I’m so sad to hear of the passing of my friend Johnny Solinger. I first met Johnny in 1991; we came up in the Dallas music scene together. He was a great singer and nice guy. I’ll miss him. Thoughts and prayers for his family. 🙏❤️

RIP Johnny Solinger. He kicked ass with Skid Row on the Motley Cruise 2008. I was there and the Skids took over the Ledo Deck! https://t.co/iqWL7qw38L

Bummed to hear #JohnnySolinger passed away. I saw him many times with #SkidRow over the years and he always delivered the goods and entertained. Tonite I’m spinning #RiseOfTheDamnationArmy … my favorite album he did with the band. #RIPJohnnySolinger#rocknroll #records pic.twitter.com/2bnsjmVtQ2

#RIP Johnny Solinger. Always cool to my husband. A good friend. An advocate for animals. And a top notch frontman for #Solinger and #SkidRow for 16 years.

Sharing the video my husband made. We are losing too many friends. 😪 #deathbyrockandrollhttps://t.co/RRfgLe2aQF

Johnny Solinger, the longest tenured singer of Skid Row, has died at the age of 55: https://t.co/wwvhZXg3Pi pic.twitter.com/Crdcd4uBgs

Solinger announced only last month that he was suffering from liver failure https://t.co/mJXRw8WxRS

RIP Johnny Solinger. During my last visit at the hospital he talked about how he couldn’t wait to get back on stage and sing despite the long odds. Such a good supporter of @PawsintheCity & animal rescue and most of all such a great friend. Prayers to Paula and family. 🤘🐾 pic.twitter.com/EA6fPrTtd5

Condolences to his family and friends. pic.twitter.com/U3Il7RYDxl

Johnny #Solinger was a guy I knew back in my days writing for music mags in Dallas. It’s been years since I’ve seen him in person. The last time was probably right before he disbanded his band, Solinger, and went off to #SkidRow. It’s a shame. I’m sure he’ll be missed by many. https://t.co/fw3Ia8w8Hm

Rest in peace Johnny Solinger, the singer that held the 16 year tenure as the 'new guy' who replaced Sebastian Bach in Skid Row. He held his head up high and owned the position until he departed, condolences to his fans, friends and family…
@OfficialSkidRow pic.twitter.com/oW28vYs2x2