Howard Stern: Tom Brady & Howard Stern. Their FIRST interview together.
Tune in WEDNESDAY, April 8 on Howard 100 and listen for FREE on the SiriusXM app! 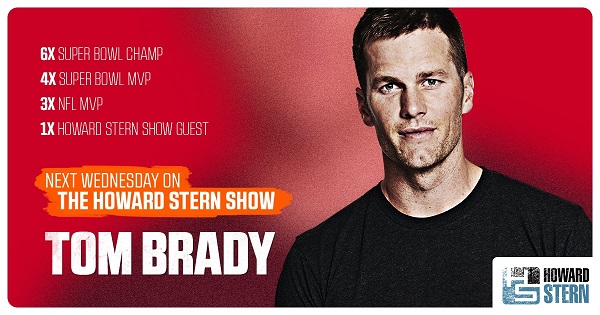 Since @TomBrady is renting Derek Jeter’s house, that technically makes the @Yankees great his landlord.

“Let’s say the washing machine breaks – does Jeter have to come over and fix it?” @HowardStern asked. Hear the interview FREE on @SIRIUSXM: https://t.co/uYGxSKgsKz pic.twitter.com/YDc5aID01g

An hour into Tom Brady’s interview with @HowardStern and the realest line is this: “I never cared about legacy.” The #Bucs QB is going deep on his departure from the #Patriots and why he needed something new. “I probably knew before the start of last season it was my last year.”

Tom Brady on marriage with Giselle, says he stopped going to OTAs the past few years because Giselle wanted him to start carrying more of the load at home. “I had to check myself.” Says she “wasn’t satisfied with our marriage.” pic.twitter.com/2ktCSzTh8r

Tom Brady says he knew he was going to leave the Patriots before the start of last season pic.twitter.com/PEyLuiLo2S