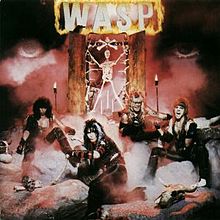 The excerpt below was taken from the full in bloom interview with W.A.S.P. guitarist Randy Piper.

Randy talks about the 1984 debut album from W.A.S.P., signing with Capitol Records & working with Shrapnel Records founder Mike Varney.  Listen to the clip below.

Listen to more excerpts from our full in bloom interviews with W.A.S.P. guitarist Randy Piper and W.A.S.P. drummer Tony Richards.

Previous: Accept: Wolf Hoffmann Talks “Fast as a Shark” Intro + Official VIDEO from Restless & Wild
Next: Early W.A.S.P. Shows (1983) in L.A. via Drummer Tony Richards of WASP, “There Was No Stopping Us. We Were Insane.”