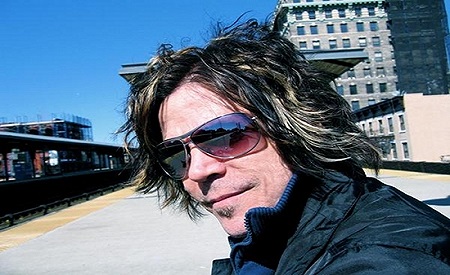 TNT / ex-Skid Row vocalist Tony Harnell is once again accepting students for vocal coaching.  With nearly 30 albums under his belt, Harnell has a distinctive 4-octave range voice with a strength that few others can achieve. He is currently the lead singer of the Norwegian hard rock band TNT.  If you are interested, email Tony at thvocalcoach@icloud.com.

Tony commented, “If you reached out before and I didn’t get back to you it’s because I got fully booked, please do reach out again. A limited number will be taken on, serious inquiries only please”

Numerous gold and platinum awards; sold out concerts worldwide; 5 top requested MTV videos; as well as a Grammy in Norway for “Rock Album of the Year”.

“TNT was formed in the Norwegian city Trondheim in 1982, by vocalist and rhythm guitarist Dag Ingebrigtsen, guitarist Ronni Le Tekrø, bassist Steinar Eikum and drummer Diesel Dahl. Securing a national record contract with PolyGram subsidiary Vertigo Norway, they released their self-titled debut album the same year — their only album that features Norwegian lyrics — and got a hit with the single “Harley-Davidson”. In August 1983, bassist Morty Black replaced Eikum, and the following year American vocalist Tony Harnell replaced Ingebrigtsen, making his debut on TNT’s second album, Knights of the New Thunder. His unique and powerful 4-octave range was the final element the band needed to break out of Norway and into the world market. The album was a huge success in Scandinavia and the band was then offered a worldwide deal with Mercury/Polygram worldwide out of New York. Knights of the New Thunder was then released in the U.S. in 1984 and the video for “Seven Seas” got heavy rotation on MTV and the album entered the billboard charts.

“That ‘classic’ line-up recorded one more album, Tell No Tales in 1987, before Diesel Dahl parted company from TNT the following year after some turbulent times within the band. Tell No Tales produced TNT’s biggest hit, the single “10,000 Lovers (In One)”. Tell No Tales marked a slight change in sound from melodic Euro-metal to a more palatable hard rock style, with Le Tekrø and Harnell gaining a reputation as a talented duo. The album was the best selling release in Norway and Sweden that year (outselling hugely popular artists like Michael Jackson and Def Leppard). Tell No Tales also saw the band establishing a mainstream following in Japan and the U.S. Promotional Videos for “Everyone’s a Star” and “10,000 Lovers (In One)” were featured on both European and American MTV. They were also featured on Headbangers Ball. The band supported Stryper on a sold out arena tour in the U.S. followed by a tour with Twisted Sister and Great White as well as headlining shows in large clubs in the U.S.”