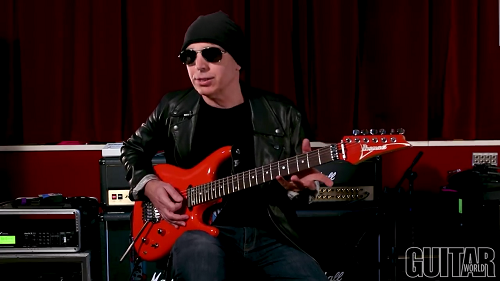 Guitarist Joe Satriani recently launched his new web series, “The Joe Satriani Guitar Method,” in conjunction with Guitar World. In the first episode, Joe talks about how he got started on the guitar and runs through some beginner exercises. Watch it below.

Satriani released his sixteenth studio album, What Happens Next, on January 12, 2018 via Sony/Legacy. It debuted at #42 in the United States, #40 in the United Kingdom and #45 in Canada.