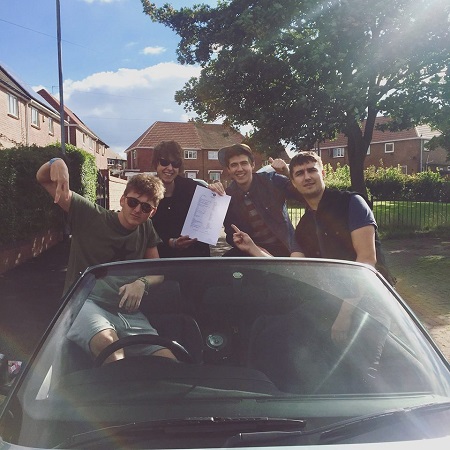 “Blue,” a new track from The Sherlocks, can be streamed below. The song is taken from the band’s forthcoming debut album, Live for the Moment, which will be released August 18th via Infectious Records.

“”Blue” is a brand new track and the last taster from our album Live For The Moment before release next week,” reads a statement from the group. “Pre-order from iTunes or our official store to get this, “Live For The Moment,” “Chasing Shadows” and “Was It Really Worth it?” as instant downloads or stream it on Spotify and Apple Music!”