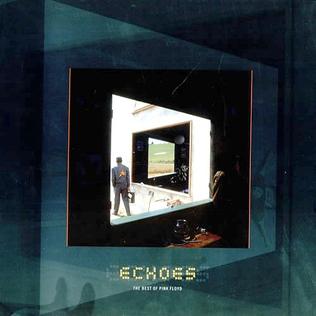 To promote the release of the Pink Floyd collection Echoes back in 2001, Capital Records ran a treasure hunt online for fans to find a special “playing card” – a two sided, interactive Flash file. In all, there were six of these to collect (download) and once you had all six, you could apply for a set of the very rare printed versions. Of these, there were only 500 sets made.

Each card – printed and electronic – was designed by Storm Thorgerson, and featured images from the band’s long career, and in the case of the ones you could download, sound bites and pieces of music played when you moved your mouse over certain parts of the card.

Pink Floyd released Echoes: The Best of Pink Floyd on November 5, 2001 via EMI internationally and a day later by Capitol Records in the United States. The album  debuted at #2 in the United States on the Billboard 200 album chart, with sales of 214,650 copies, and has since been certified Quadruple Platinum for sales in excess of four million copies.