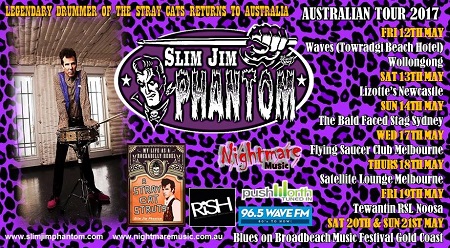 The Slim Jim Phantom Trio announced a handful of 2017 Australian tour dates. The Stray Cats drummer will launch the tour on May 12th in Wollongong, New South Wales and completes the run on May 20th at the Blues on Broadbeach Festival in Gold Coast, Queensland. A list of dates can be found below.