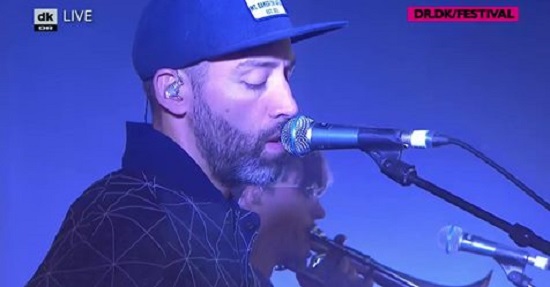 The National were one of the headliners at the 2018 NorthSide festival, which runs from June 7th-9th in Aarhus, Denmark. Professionally filmed footage of the group’s performance has been embedded below.

Unfortunately the connection cut out, so approximately 10 minutes was lost.

Nobody Else Will Be There
The System Only Dreams in Total Darkness
Don’t Swallow the Cap
Walk It Back
Guilty Party
Bloodbuzz Ohio
I Need My Girl
Day I Die
Carin at the Liquor Store
Graceless
….
MISSED: Fake Empire
MISSED: Rylan

NorthSide Festival, or simply NorthSide, is a three-day music festival held every year in June in Aarhus, Denmark. It has three stages with rotating artists and several sideshow events and happenings. The first festival commenced in 2010 and since 2011, the festival has been held at Ådalen in Åbyhøj. The 2017 festival was attended by 40,000 people each day.

The festival now goes by the name NorthSide to avoid confusion with the Northside Festival in Brooklyn. It is a privately owned festival, owned by Down The Drain Holding, who also owns the Tinderbox music festival in Odense and is shareholder in other music business activities in Denmark.