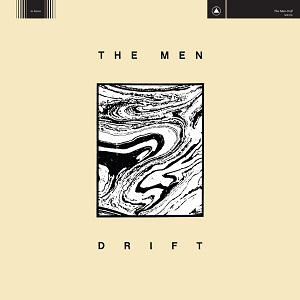 “Killed Someone,” a new song from The Men, can be heard below.  The track is taken from the group’s upcoming album, Drift, available worldwide March 2, 2018 via Sacred Bones Records.

Drift is the seventh full-length by NYC rock polymaths The Men, and it marks their 10th anniversary as a band. The band’s last album, the self-released Devil Music, was the sound of a band who had been through hell hitting reset and looking to their roots to rediscover themselves. On Drift, The Men return to their longtime label Sacred Bones Records and explore the openness that Devil Music helped them find.

The songs on Drift veer in a number of directions, but most notably, almost none of them feature a prominent electric guitar. The lone exception, “Secret Light” is an improvisation based on an old piano riff of Perro’s. “Maybe I’m Crazy” is a synth-driven dance floor stomper for long after last call. “Rose on Top of the World” and “When I Held You in My Arms” are paisley-hued, psyched-out jams with big, beating hearts. Listen to “Killed Someone,” a rowdy riff-rocker, worthy of the finest moments of the band’s Leave Home and Open Your Heart albums.