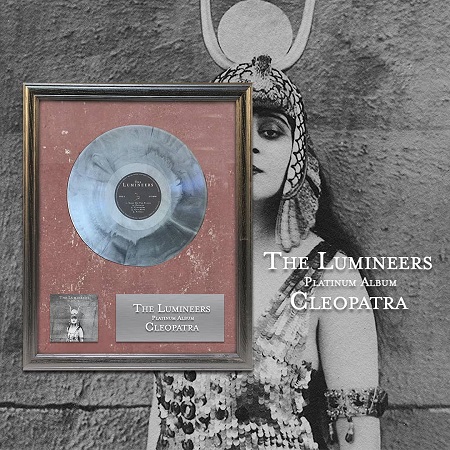 Cleopatra, the latest album by The Lumineers, has been certified platinum after selling over one million equivalent copies*.  Released on April 8, 2016, the band’s second full-length effort debuted at #1 in the United States, Canada and the United Kingdom.

The group’s previous album debuted on the Billboard 200 at #45 with first week sales of 10,000 traditional units.  Following the success of their massive hit single, “Ho Hey,” the band’s 2012 debut record eventually peaked at #2, selling over three million copies in the United States alone.

*Certifications are no longer solely based on traditional album sales, but now include individual digital song sales and audio / video streams.