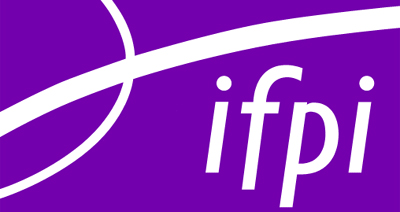 The International Federation of the Phonographic Industry (IFPI) released its annual Global Music Report. The report shows progress for the global music business which was up 5.9 percent in 2016 compared to the previous year. It was the biggest revenue growth since the IFPI began tracking in 1997 and it was the second consecutive year of growth after a 15-year decline.

Included in the report, the IFPI also released a list of the top albums and songs globally for 2016. Those numbers are based on traditional album sales as well as individual digital song sales and audio / video streams.

As previously reported, in the year following his death, Prince sold more albums in the United States than any artist, including Adele. The Purple One sold a combined 7.7 million copies in the United States. Of that total, 2.3 million came from traditional album sales, while 5.4 million came from digital song downloads (5.65 million of those album and song sales were registered within a month of his death).

The RIAA recently certified Metallica’s latest album Hardwired…to Self-Destruct  for sales in the United States, but their numbers seem a bit suspect, more bluntly, they were straight-up rigged. You can read more about that at this location.

Below is The Global Music Report for albums and individual songs.