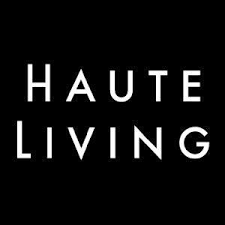 In an exclusive interview, Steven Tyler candidly shares the story of Aerosmith – the beginning, the trajectory and where they are today.

“Imagine that your biggest dream is that you wanted to be signed to a label. It was our only dream. However, our managers f***ing lied to us. They had a deal with the label, and we weren’t signed to a label. But that didn’t stop us. Or imagine, for instance, finding out that one of your albums sold 22 million copies—remember back then they were CDs? And CDs sold for $19 apiece, and so what’s $19 times 22 million? Roughly $418 million. Then, what’s thrown at you is that the band has to pay for a thing called packaging and soft goods. So now… the band wants to know, ‘What’s that?’ Only one person asked that question—it was moi,” he continues. “I found out from my A&R man. And what did we make on that album? I won’t even tell you because I don’t want to get in a lawsuit. That was the second coming of Aerosmith. Between our management and our money people, we did not get what we deserved, and those two things are what I will tell you. How did I survive in the music business? By being in a band that sat together in New Hampshire, New England in the 1970s that had a dream.”

The battle with drugs that Tyler and the rest of the band faced was well-documented during their career. “Aerosmith made it from ’72 to ’79 not necessarily stoned, but beautiful… then we all became very f***ed up,” he says. “There were no such things as rehabs; there were mental institutions. I went away in ’84 and ’86, and I didn’t really get it. The early ’80s were terrible, and drugs took us down. I was the first one to get treatment. There was a moment in ’88 where management and the band pulled an intervention on me. They thought, ‘Get the lead singer sober, and all our problems would be over.’ So, I got sober, and you know it took me many years to get over the anger of them sending me to rehab while they went on vacation. But today because of that moment… I am grateful and owe a thanks to them for my sobriety,” he adds. “I met my ex-wife Theresa, and I had two more beautiful children. The band hired a new company, Geffen Records, and a great A&R man named John Kalodner. We all had a manager that helped us fight that battle together. You may never have done cocaine or heroin, but you hear it, and you go, ‘Woah, you were a heroin addict?’ And I would say, ‘Yeah, but that’s nothing compared to when a band writes their own songs and plays them and hears them back in a recording studio on these speakers that are bigger than life. Then, you are on the radio … there is no drug stronger than music. My sobriety cost me nothing less than everything.” Ultimately, what transformed Tyler’s life is his sobriety.

You can read the rest of this VERY cool interview with Steven Tyler @ this location.

In an exclusive interview, @iamstevent candidly shares the story of #Aerosmith – the beginning, the trajectory and where they are today. Click the link in bio to read the full story ✏️ @msvioletcamacho ? @brianbowensmith Styling: @theaimeeann Grooming: @melina.farhadi Coordination: @clifloftin