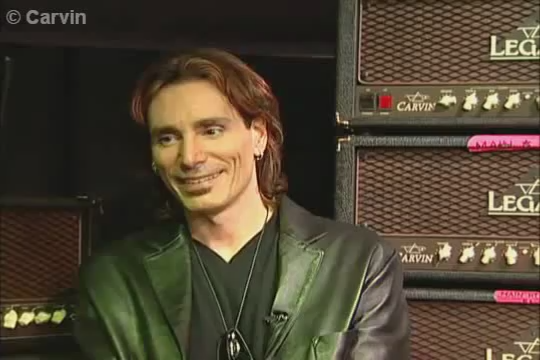 Vai began working with Zappa in 1978, while the guitarist attended Berklee College of Music in Boston, Massachusetts.  After being hired to transcribe music for the eccentric musician, Vai soon left school and moved to California to begin his career as a session and touring member of Zappa’s band.

“A day doesn’t pass that I don’t think about Frank. Nothing could, or ever will take his place in the hearts of the fans, his family and the musicians that have toured with him and loved him… Nothing, and we all know that.

“When I was invited to contribute to 3-4 shows of a potential Zappa hologram tour I thought… this could be odd, but another part of me felt this could also be pretty special, too. To be on the stage playing his music again for the fans with some of his alumni, (many dear friends of mine) and to have his ghostly image residing over the proceedings was interesting and alluring enough for me to commit to helping kick off the tour.

“Of course it’s not Frank, and I’m not 20 years old anymore, but I am very happy, and honored that I was invited to contribute to bringing the spirit of Frank and his eternal music, with this new technology, to those fans who connected so deeply with him. I felt the same way when I contributed to the ZPZ tour, and that was a fantastic experience.

“I believe that the fans understand it’s just an image and that holographic technology has its limitations, but it is an evolution in technology and with an open mind it could be embraced for a worthwhile experience. I would want to attend this show if I heard about it. If a person can attend the show with their spirit of the love of Frank’s music at the forefront I believe it could be a very touching event for all involved.

“It’s an opportunity to engage in a massive “nostalgic hernia” because for many of us, Frank’s “music is the best.””