UPDATED: A video of Spoon’s set @ the 2017 ACL (Austin City Limits) Festival has been embedded below.

“We’re doing signatures live this weekend. See you Saturday at 4 pm at the Waterloo Records tent during ACL Festival.”

Spoon released their latest album, Hot Thoughts, on March 17, 2017 via Matador Records.  The album peaked at #17 on the US Billboard 200 albums chart. The title cut and lead single reached the top spot in its seventh week, marking the quickest rise to #1 for a song on the Adult Alternative Songs chart since Kings of Leon’s “Waste a Moment.” 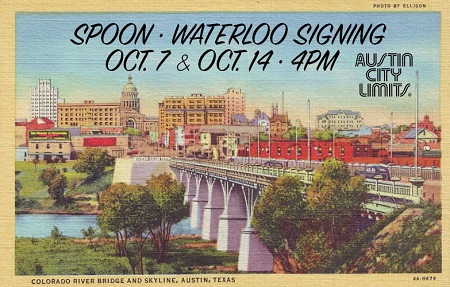