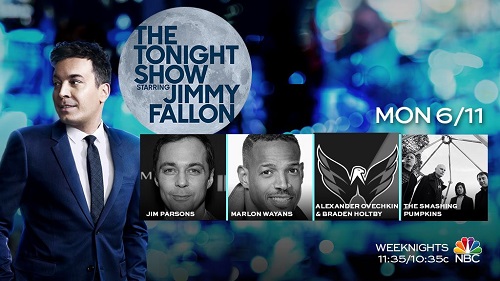 The Smashing Pumpkins will be the featured musical guest on The Tonight Show Starring Jimmy Fallon on Monday, June 11th.  Tune in to NBC at 11:35/10:35c.  Check back, we’ll embed the performance below.

The group, minus bassist D’Arcy Wretzky, are reuniting for a tour, set to launch this July. They have also just released a new track, “Solara,” which has been embedded below. It marks the first recording in over 18 years to feature founding members Billy Corgan, James Iha, and Jimmy Chamberlin. Recorded in Malibu, CA at Shangri La Studios with producer Rick Rubin and longtime Smashing Pumpkins guitarist Jeff Schroeder.