Sick Of It All 2017 European Tour – Germany, Italy, France, Spain 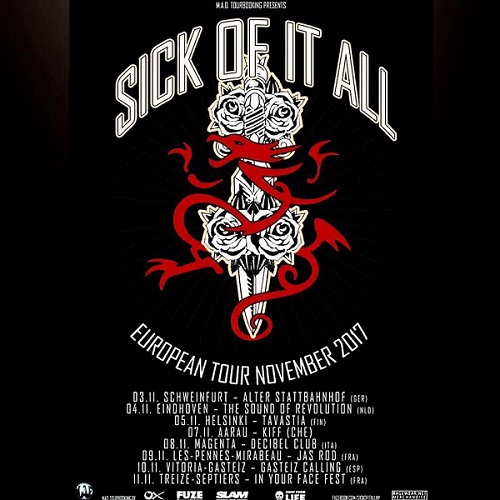 After wrapping up a tour of Japan, Sick Of It All are getting set to launch a string of European dates. The 8-date trek begins on November 3rd in Schwenfurt, Germany and ends on November 11th at the 2017 In Your Face Fest in Treize-Septiers, France.

The hardcore punk band released their eleventh full-length album, The Last Act of Defiance, on September 30, 2014 via Century Media Records.

Our countdown to Europe continues! Germany, Holland, Finland, Italy, France, Spain, we are coming for you! So get ready! SERVE A PURPOSE pic.twitter.com/qOjr6kidKY