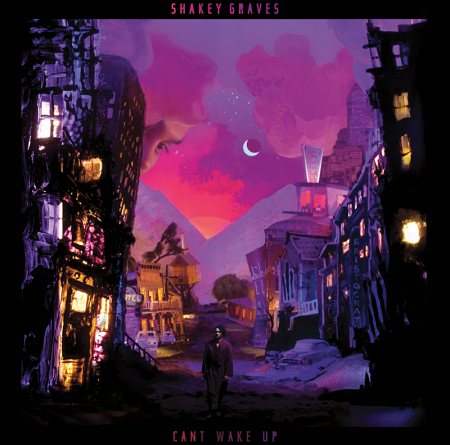 The official video for the song “Kids These Days” by Shakey Graves can be viewed below. The track is taken from his fifth studio album, Can’t Wake Up, which was released on May 4, 2018 via Dualtone Music Group. Watch the video below.

Back in December 2017, Graves proclaimed on his Twitter page, “Next album. New sound. Sell your suspenders.”  The tweet was tongue-in-cheek, but Alejandro Rose-Garcia, the Austin native who’s been plying his trade as Shakey Graves since 2007, was making a dead-serious point about his latest album, Can’t Wake Up.  This ambitious, audacious work heralds an artistic metamorphosis for the 30-year-old veteran, whose risk-taking in painting outside the lines has been rewarded tenfold.  “This record is the most I’ve ever intentionally worked on a project, musically speaking, in terms of the scope of it and how much thought went into it,” he says.  “It’s a dense album; there’s a lot of information going on.”

Can’t Wake Up debuted at #154 in the United States on the Billboard 200 and #9 on Billboard’s Folk Albums Chart.