Deer Tick: ‘Straight Into The Storm’ Screening in Chicago/Minneapolis, Tickets 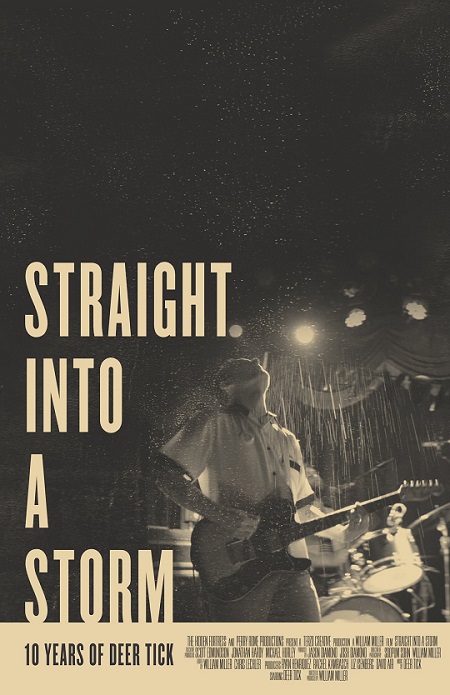 Straight into a Storm, a documentary about the band Deer Tick, will be screening this weekend in Chicago at the Davis Theater and Minneapolis at the Trylon Cinema.

Straight into a Storm centers around DEER TICK’s 2015 10th anniversary run in New York City. A portrait of a hard rocking band known for their substance-fueled live performances on their evolutionary journey to become one of the greatest cult rock bands of our time.

Anchored by a fan chosen setlist and New Year’s Eve performance, the film weaves in and out of time over the last 10 years utilizing never before seen archive footage from their booze drenched early days to the successful touring/recording band they are now- and everything in between.

Previous: Foster the People “Sit Next To Me” Official Video
Next: Morrissey Pop-Up Shop London/Los Angeles ‘Low in High School’