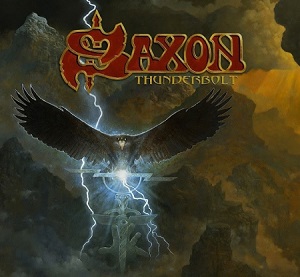 The official video for the brand new song from Saxon titled “Thunderbolt” has been embedded below. “Thunderbolt” serves as the title track for the band’s upcoming album, available worldwide on February 2, 2018. Pre-order the album on Dec 1st.

About the album, Biff Byford commented:
“This is album 22 and it’s called Thunderbolt. It’s a storming, smashing, thundering collection of tracks we’ve been crafting with producer Andy Sneap and it’s finished, ready to be unleashed. Stand clear and fasten your seat belts!”