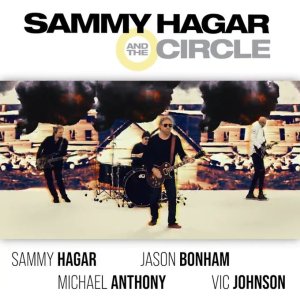 On Sammy Hagar and the Circle’s new album, ‘Crazy Times’, producer Dave Cobb wanted to get the most out of Michael Anthony’s signature backup vocals, especially that signature Van Halen sound 🎤 With the help of VH/Sammy/Montrose Producer Ted Templeman, he cracked the code & then kept going, showcasing Mike’s voice in a new way! 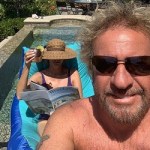 Mikey (Michael Anthony), I want to hear those Van Halen vocals. Those classic background vocals, that car horn (sings the line “Right Now”). I go, “I want to hear that all over this record,” and he got it. We called up Ted Templeman, who produced all the Van Halen records right up to For Unlawful Carnal Knowledge and then I worked with him before Van Halen and with Montrose.

I called up Ted and said, “Ted, how did you record Mikey’s voice on the Van Halen records?” We didn’t pay attention to that. He said, “Oh, we triple-tracked it, and then he double-tracked one vocal on the second harmony that he was doing with me. Then we ran it through this and that and used a certain kind of mic,” and we did it. It was like, “Whoa, there it is.” It just captured everything.

The greatest thing we got out of Mikey was we let him sing all the background vocals. I just did parts with him, and Vic (Johnson) did one song or two songs on a little part with us. Jason (Bonham) sang a couple of little parts. It was the epitome of that Van Halen, high – Mike’s background vocals are killing it. I bet he spent more time on background vocals on this record than he’s ever spent on any record we made before because we just layered them and came up with all these ideas.

When Dave Cobb heard what Mike could do, he was going: “Wow, try this. Oh, wow, let’s try that.” Then all of a sudden, I’m going: “Man, Mike’s been in there eight hours. I’m going to dinner, man. I’ll be back when Mike’s done.” He really utilized it, and he got excited when he heard what he could do. It inspired him as a producer, sounds like “Here Comes the Sun” or something, some of this stuff. It’s not beautiful…it’s beautiful, but it’s actually kind of dark and kind of vibe-y. This record is vibe-y. Crazy Times.

During a conversation with Ultimate Classic Rock, producer Ted Templeman pointed out that Eddie Van Halen’s voice was also an important ingredient in the band’s indelible vocal alchemy. 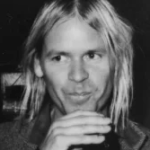 “Ed’s background parts are part of the sound of Van Halen. A lot of people don’t realize that. They think about him as the guitar hero, but he was part of that youthful sound that came out right away, at the very beginning, even on ‘You Really Got Me.’

“The thing that got me, I’m watching Ed and Mike sing and I’m going, ‘How do these guys … ?’ Ed sings so great for [being] the guitar player, you know? Most guys who play that kind of guitar don’t sing that well. But he had this great, youthful voice. He’s part of the sound, that California Sunshine sound [of] heavy metal. That was all part of Ed’s sound.”

Previous: Trent Reznor Talks Synths: “I’m trying to stay 17 years old and part of me has never matured past that” – 2022 – INTERVIEW
Next: Dave Mustaine on Asking Pantera’s Dimebag Darrell to Join Megadeth: “He wouldn’t come without his brother”