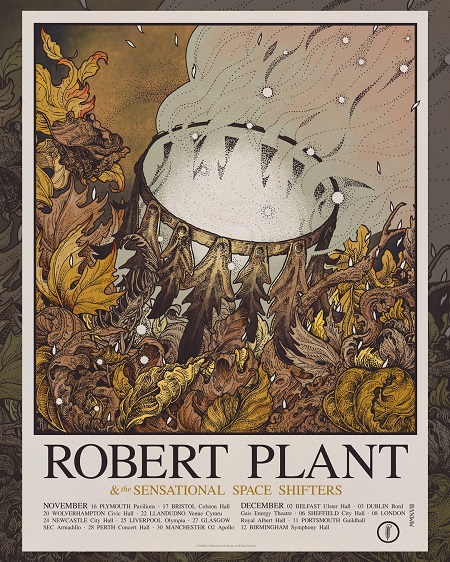 Robert Plant & the Sensational Space Shifters begin a month-long UK tour at Plymouth Pavilions tonight (11/16). The 13-date trek takes the former Led Zeppelin frontman across England, Scotland, and Wales, including a concert at London’s Royal Albert Hall, before wrapping up on December 12th in Birmingham at Symphony Hall.  A list of dates can be found below.

Plant is promoting his latest solo effort, Carry Fire, which was released on October 13, 2017 via Nonesuch/Warner Brothers Records. The self-produced eleventh solo album is the follow-up to 2014’s lullaby and… The Ceaseless Roar.

Be sure to check out the beautiful Robert Plant limited edition art print by Richey Beckett (pictured above) being sold exclusively at all UK shows.