Southern rockers Blackfoot just released their official video for the song, “Need My Ride, from their 2016 album Southern Native.  Most of the video features live footage shot at Germain Arena in Estero, FL. If you have a hard time recognizing any original band members that’s because there are none. Blackfoot co-founder and Lynyrd Skynyrd guitarist Rickey Medlocke is constantly looking for ways to challenge his creative impulses, and his latest pet project has been to shepherd the next generation of his beloved Blackfoot. Medlocke handpicked band members, co-wrote songs and produced their latest album, Southern Native, at Fort Myers’ Studio SeaUnder. With Medlocke’s steady guidance, lead guitarist/vocalist Tim Rossi, drummer Matt Anastasi and guitarist/vocalist Rick Krasowski have been jamming together live under the vaunted Blackfoot banner for quite some time. 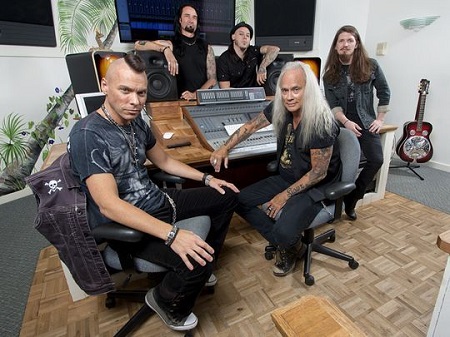