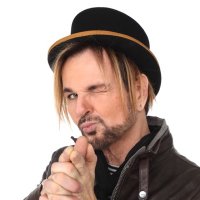 Rikki Rockett: While I don’t condone violence, I think our society has enabled people to mouth off, harass and get away with it thinking they can just make money off of a lawsuit if it turns physical. I stand with Mike Tyson.

Mike Tyson seemed to lose his cool on a plane on Wednesday night … repeatedly punching a man in the face after the guy had apparently annoyed him.

TMZ Sports has learned … the incident all went down at around 10:30 PM PT as Tyson was slated to fly out of San Francisco International Airport to Florida.

A witness on the plane says as he and his friend were boarding Tyson’s flight … the boxing legend was initially cool with them and the other passengers. –READ MORE

#EXCLUSIVE: Mike Tyson says the man he punched repeatedly on a plane threw a water bottle at him before the fight. https://t.co/dGiFQzSyBN

Mike Tyson wasn’t about to let his violent plane incident ruin his high — he sparked up alongside Rick Ross and Ric Flair in Miami on Thursday night. https://t.co/YyZEKhMoVx

Hey dummies, for future reference, this is how you stay alive when bumping into @MikeTyson on an airplane. pic.twitter.com/gJFoKOtmkO