Perry Farrell Talks About Encounter With An Entity Who Took Her Own Life, Says She Is “In A Place Of Suspension” 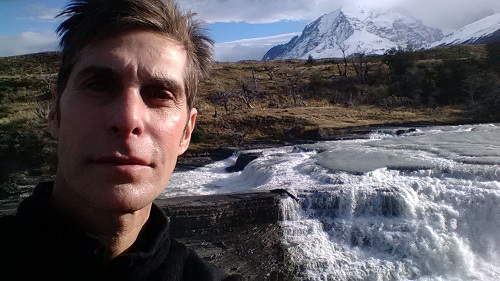 “Say a prayer for Anthony Bourdain. When a person takes their own life- in their final moments they are alone. Unconcealed. Without reason (for living). Such a hurtful notion. I take it to my heart. Why don’t you want to be around (us)? Don’t you know how great life could be with 1 alteration?”

When a fan asked via social media, “what’s the alteration,” Farrell replied:

“Change our very own hearts and minds. Understanding the cosmic repercussions of our actions. Freedom= Responsible for our life and destiny. The move you never make, is sometimes the smartest move you’ll ever make. We wished she wouldn’t have; “Then She Did”.

“We do have a purpose- we feel better when we’re exercising our purpose in life. I’ll give it you. It is to share love, kindness, and bring heaven down to earth. Sort of lofty?.. and simple. while multitasking?..Perhaps. Be humble and be in awe. Go for a Walk.”

A couple of days later, in another exchange via social media, Farrell revealed that he was visited by “a weary soul who took her own life,” saying he spoke with the entity “for approximately 10 minutes.”

“I am the news source of the esoteric wisdom,” Farrell said.  “You can take my reporting to the bank. Had a real encounter with a visitation of energy (an angel). I feel now is the time to report it to you all as she was a weary soul who took her own life. We spoke for approximately 10 mins.

“I can’t tell you where anyone goes after this life. I can tell you where the one I spoke to went because she told me. Said that she “travels the world;” and that she was “so tired.” The sound in her voice was weary. Not happy, but accepting of her actions. True occurrence.

“I wish and I hope and pray that they are free. As stated- I can not tell you where anyone goes. I am admitting to you today, that this is where she said she is. And by her description she was in camp. She used the plural “We” when she began speaking. I was simply listening.

“Forgive anyone who is in such pain as to try and remove themselves from life. In more pain than they could withstand. What I tell you is very painful to hear. Those that end their life in this way are in a place of suspension. Have not risen up yet. Around the earth they’ll roam.