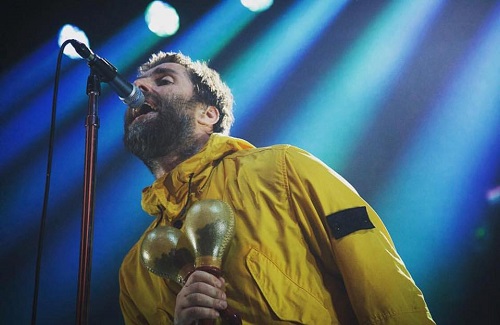 Liam Gallagher was forced to cancel another gig on his latest tour after being diagnosed with an ongoing respiratory infection and fever.  The doctor has advised a minimum of 48 hours rest.  As a result, his concert at Club Audio in São Paulo, Brazil scheduled for Wednesday, March 21st has been cancelled with tickets being valid for his show the following day at Autódromo de Interlagos, or a refund has been offered.

Gallagher cut his recent set at Lollapalooza Santiago short after finding it hard to breathe on stage.  The singer later apologized via social media saying that he promises to reschedule the gig as soon as possible.

The former Oasis frontman is currently promoting his debut solo album, As You Were, released on October 6, 2017 via Warner Brothers.

Previous: Opportunity: Todd Rundgren’s Utopia Looking for Keyboardist for 2018 Spring Tour
Next: Guitar Pedals Owned by Sonic Youth Up for Auction on Ebay