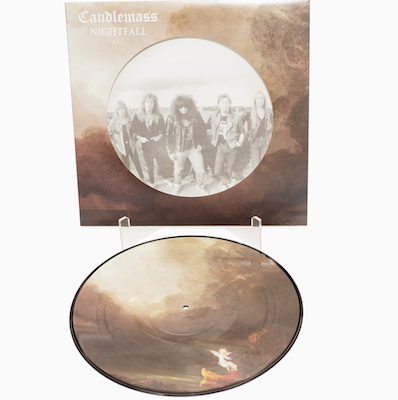 Marking 30 years since its original release comes one of the all-time classic Metal albums on a limited picture disc format.

Nightfall was the second Candlemass studio album, originally released in 1987. Alongside first album Epicus Doomicus Metallicus, Nightfall was instrumental in shaping the Doom Metal scene; a scene in which Candlemass is still a central pillar of.

This limited picture disc edition of Nightfall features the album’s iconic artwork and is presented in a special cut-out sleeve.