Paul Stanley: KISS ALIVE Was Released FORTY FOUR YEARS AGO Today! We worked onstage and in the studio to create a Sonic Souvenir that put you in the middle of the Glory and the Chaos. Rock and Roll, Evangelical Church and World War III. It STILL sets the bar. 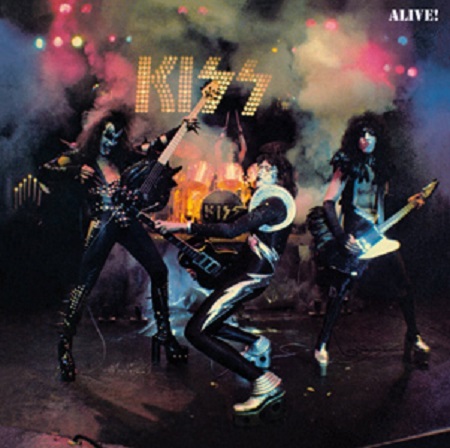 Without KISS ALIVE! We probably wouldn't be talking about KISS today. #70sKISS pic.twitter.com/puIVkvWaQF

Alive! is the first live album, and fourth overall, by American hard rock band Kiss. It is considered to be their breakthrough and a landmark for live albums. Released on September 10, 1975, the double-disc set contains live versions of selected tracks from their first three studio albums, Kiss, Hotter Than Hell and Dressed to Kill. It was recorded at concerts in Detroit, Michigan; Cleveland, Ohio; Wildwood, New Jersey; and Davenport, Iowa on May 16, June 21, July 20 and July 23, 1975.

The album’s title was an homage to the 1972 live album Slade Alive! from the English rock group Slade, a band that heavily influenced Kiss.-Wikipedia

Got to be Kiss Alive! today! #Japan #OBI pic.twitter.com/xUumt87isF

44 years ago today one of the greatest albums of all time, #KISS Alive! is released. It would go on to be the first gold record for both KISS & Casablanca. A classic album which lead to an onslaught of live albums from many bands during the mid to late 70s pic.twitter.com/hKuCFNtekb